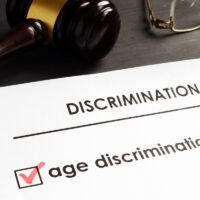 EEOC Alleges Driver Not Hired Because Of Age

In October 2015, Webber applied for employment with Telluride Express by submitting an application for a driver position. Webber was 79 years old and possessed more than five decades of commercial driving experience when he applied for the position. Pointing to his extensive commercial driving experience, along with his Department of Transportation medical certificate and clean driving record during the preceding three-year period, the EEOC claims that Webber was qualified to hold the driver position at Telluride Express.

The EEOC is the administrative agency of the United States responsible for interpreting and enforcing federal laws prohibiting employment discrimination. In enforcing the federal civil rights laws, the EEOC is also authorized by federal law to bring lawsuits on behalf of job applicants and employees who have been discriminated against on the basis of age. In the press release issued by the EEOC on April 1, 2020 regarding the case, a regional attorney for the EEOC’s Phoenix District Office, Mary Jo O’Neill, explained that the “ADEA clearly prohibits refusing to hire a qualified candidate because of his age.” “Job seekers should be evaluated based on their qualifications,” Ms. O’Neill added, “not their age.” In commenting on the case, the Director of the EEOC’s Denver Field Office, Amy Burkholder, stated that the ADEA “prohibits employers from depriving candidates of an equal opportunity to contribute because of their age, and the EEOC will keep diligently enforcing it.”