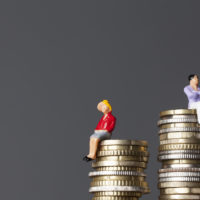 Having represented employees who have been subjected to sex-based wage discrimination for almost twenty years, our Marion County, Florida gender discrimination attorneys have learned that many employers continue to pay women less than men for performing substantially the same work. In denying women equal pay for equal work, some employers defiantly pay employees what they believe they are “worth” regardless of whether a female employee is performing essentially the same work as a male employee for unequal pay. A recent decision by the U.S. Eleventh Circuit Court of Appeals in Bowen v. Manheim Remarketing, Inc., No. 16-17237 (11th Cir. Feb. 21, 2018) is instructive in showing the on-going desire of employers to control their pay structure and enforce their own dictates of an employee’s economic worth despite the equal pay mandate of the EPA and Title VII.

Through testimony from Manheim’s human resources manager, an employee named Peoples, Bowen produced substantial evidence reflecting a pattern of gender-based discrimination in the workplace. Peoples testified that she believed Manheim excluded women from certain positions and paid female employees less than male employees. Peoples claimed that Palmer told her that he would not hire a woman as an assistant general manager and Manheim would be “the laughing stock” of the community if it made such a hire. Palmer, according to Peoples, also told her that he would never allow a female to work as a mechanic. When Peoples reported her findings about sex-based pay disparities to him, Palmer refused to address the pay disparities. Peoples further testified that the general manager who replaced Palmer, an employee named Shurling, harassed female employees by groping them and smacking their buttocks. Shurling also attempted to replace a female employee with a male. When the corporate office told him that doing so would be illegal, Shurling responded, “Why can’t we just pay a fine?”

Court Finds That Managers Were Influenced By Sex Bias

The trial court found that Manheim had established that factors other than sex justified the pay disparity between Bowen and her male predecessor and, consequently, dismissed Bowen’s sex-based wage discrimination claims. The Eleventh Circuit reversed the trial court’s decision and reinstated Bowen’s sex-based wage discrimination claims under the EPA and Title VII.

Unlike the reversed trial court, the Eleventh Circuit determined that a reasonable jury could find that the pay disparity between Bowen and her male predecessor was not justified by factors other than sex. The appellate court noted that even if Bowen’s initial lower pay was justified by prior salary and prior experience, a “jury could find that prior salary and prior experience alone do not explain Manheim’s disparate approach to Bowen’s salary over time.” “Once Bowen established herself as an effective arbitration manager,” the appellate court reasoned, “prior salary and prior experience would not seem to justify treating her differently than the predecessor.” In other words, Manheim was still unable to explain its failure to, at some point in time, to raise Bowen’s salary to match or exceed that of the male predecessor.

The Eleventh Circuit also found that Manheim’s assertion that the pay disparity between Bowen and her male predecessor was justified by some factor other than sex was further undermined by evidence showing that “Manheim’s general managers were influenced by sex bias.” In support of its finding, the appellate court pointed to Peoples’ testimony that “sex-based disparities were common at Manheim, that the managers refused to remedy the disparities, and that the managers repeatedly exhibited an unwillingness to treat women equally in the workplace.” This evidence, the appellate court concluded, “indicates that they took sex into account when considering personnel matters.”