Are Employees Who Testify As Witnesses In Employment Discrimination Lawsuits Protected From Retaliation? 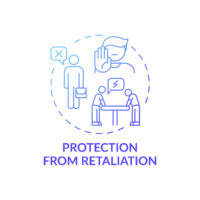 The EEOC brought the retaliation lawsuit pursuant to Title VII of the Civil Rights Act of 1964 (Title VII) on behalf of a former employee, Michael Atkins (Atkins), of Legacy Land Management, Inc. (Legacy Land). The EEOC maintains that Legacy Land violated Title VII by firing Atkins because he informed Legacy Land that he would be testifying against another company in an employment discrimination lawsuit brought by the EEOC.

In April 2015, Atkins began working for Legacy Land as a coal truck driver. Before commencing his employment with Legacy Land, Atkins worked as a coal miner for Rhino Energy, LLC (Rhino). In 2014, the EEOC sued Rhino under Title VII for subjecting an employee named Jagodzinski to hostile work environment harassment and retaliation. Jagodzinski was Atkins’ supervisor at Rhino, and Atkins witnessed the unlawful harassment against Jagodzinski. In the EEOC’s investigation of Jagodzinski’s complaint, the EEOC interviewed Atkins and Atkins told the EEOC about the harassment of Jagodzinski he had witnessed while employed at Rhino.

In August 2015, Atkins learned that he would be required to testify at a deposition in the EEOC’s case against Rhino on September 17, 2015. On August 31, 2015, Atkins told his supervisor, Flick, that he needed time off from work to testify in a court case. Flick asked Atkins what the case was about. Atkins told Flick that it was an employment discrimination case in federal court and he would be testifying for his former boss who had been wrongfully fired. Flick then asked Atkins whether he was going to testify against a coal company. When Atkins confirmed that he was, Flick told him he should never testify against a coal company. In September 2015, after telling Flick that he would be testifying against a coal company in a federal employment discrimination lawsuit, Legacy Land fired Atkins.

The EEOC is the administrative agency of the federal government responsible for interpreting and enforcing federal employment discrimination law. In seeking to deter employees from engaging in retaliatory practices against employees who exercise their employee rights, the EEOC brings lawsuits in federal court on behalf of retaliation victims.

In a press release issued by the EEOC on August 4, 2021 regarding the case, the Director of the EEOC’s Philadelphia District Office, Jamie R. Williamson, stated that “this settlement should remind employers that any participation in a Title VII proceeding is protected activity, whether the proceeding involves a person’s current employer or an employer from his past.” “Employers must not retaliate,” Mr. Williamson emphasized, “against employees for speaking up about unlawful discrimination.”

Based in Ocala, Florida and representing employees throughout Central Florida, our Marion County, Florida workplace retaliation attorneys have fought for the rights of retaliation victims for more than two decades. If you have been retaliated against for exercising your employee rights or have questions about your protection from retaliation under federal employment discrimination law, please contact our office for a free consultation with our Ocala, Florida retaliation lawyers. Our labor law attorneys take retaliation cases on a contingency fee basis. This means that there are no attorney’s fees incurred unless there is a recovery and our attorney’s fees come solely from the monetary award that you recover.

By James P. Tarquin, P.A | Posted on August 6, 2021
Skip footer and go back to main navigation