Can A Disabled Job Applicant Be Required To Pay For A Post-Offer Medical Exam? 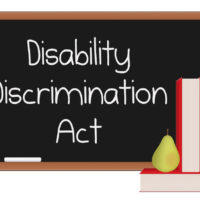 Employee Required To Pay For MRI To Be Hired

The recent decision in EEOC v. BNSF Railway Co., No. 16-35457 (9th Cir. Aug. 29, 2018) illustrates how the ADAAA expands employer liability where an employer “regarded” an individual as having a disability. In that case, the U.S. Equal Employment Opportunity Commission (EEOC) brought an ADA action against BNSF Railway Company (BNSF) on behalf of Randall Holt (Holt). The EEOC claimed that BNSF violated the ADA by requiring Holt to pay for the cost of a post-offer medical review because BNSF regarded him as disabled within the meaning of the ADA.

Holt received a conditional job offer from BNSF for the position of patrol officer. The offer was contingent on Holt’s satisfactory completion of a post-offer medical review. During that medical review, Holt disclosed that he had injured his back four years earlier, suffering a two-level spinal disc extrusion. Holt’s doctor, his chiropractor, and BNSF’s doctor hired to examine Holt all determined that Holt had no current limitations due to his back and found no need for additional testing.

However, as a condition to consider him further for the job, BNSF required that Holt submit to and pay for an MRI of his back or BNSF would consider Holt as having declined the job offer. Because the cost of the MRI was more than $2,500, Holt could not afford to pay for the MRI. Although Holt asked to have the MRI requirement waived, BNSF told him that he would not be hired without the MRI. Holt did not obtain an MRI and BNSF designated Holt as having declined the conditional job offer.

In bringing an ADA action on behalf of Holt, the EEOC claimed that BNSF “regarded” Holt as having a disability. The EEOC further claimed that BNSF discriminated against Holt on the basis of his perceived disability by conditioning Holt’s job offer on Holt obtaining an MRI at his own expense. The trial court agreed with the EEOC and entered a judgment for the EEOC. On appeal, the Ninth Circuit affirmed the judgement for the EEOC.

Employee Regarded As Having A Disability

Like the trial court, the Ninth Circuit found that BNSF “regarded” Holt as having a disability. In rejecting BNSF’s argument that it did not regard or perceive Holt as having a disability, the appellate court pointed out that the case law relied on by BNSF was handed down before the ADAAA was passed and “has been superseded” by the ADAAA. In particular, the case law relied on by BNSF required a showing that the employer believed that “the impairment substantially limited” the employee in “at least one major life activity in order for the employee to be “regarded as” having a disability. However, the court of appeals explained, “the ADA no longer requires a showing of a substantially limiting impairment following the 2008 enactment of the ADAAA.” Thus, the EEOC only had to show that BNSF “considered Holt to have an impairment, not a substantially limiting impairment,” in order for BNSF to have “regarded” Holt as having a disability. The EEOC satisfied that standard because “in requesting an MRI because of Holt’s prior back issues and conditioning his job offer on the completion of the MRI at his own cost, BNSF assumed that Holt had a ‘back condition’ that disqualified him from the job unless Holt could disprove that proposition.”

Employee Discriminated Against Because Of Disability

Having found that BNSF “regarded” Holt as having a disability, the Ninth Circuit explained that the “key question” was “whether BNSF was entitled to condition Holt’s continuation through the hiring process on Holt providing an MRI at his own cost.” The appellate court determined that “requiring an applicant to pay for an MRI—or else lose his or her job offer—because the applicant has perceived back impairment is a condition of employment discrimination imposed on a person with a perceived impairment.” Moreover, the court of appeals pointed out, “given the indisputably high cost of MRI’s, requiring an MRI as a condition of employment will for many individuals mean a disqualification from participating in the process.” Thus, the Ninth Circuit found that BNSF discriminated against Holt by requiring an MRI because BNSF “regarded” Holt as having a disability.

Having found that BNSF discriminated against Holt because it “regarded” Holt as disabled, the Ninth Circuit then addressed BNSF’s argument that the ADA allows employers to “require a medical examination after an offer of employment.” In rejecting this argument, the court of appeals explained that BNSF’s position was based on a selective reading of the ADA. In particular, BNSF failed to mention that the ADA permits such medical examinations only if “all entering employees are subjected to such an examination regardless of disability.” Thus, the court of appeals determined that BNSF could only require Holt to pay for an MRI if it required “everyone to whom it conditionally extended an employer offer to obtain an MRI at their own expense.” BNSF did not do this. Instead, BNSF required “an MRI at the applicant’s cost only from persons with a perceived or actual impairment or disability.” In doing so, BNSF unlawfully imposed “an additional financial burden on a person with a disability because of that person’s disability.”

By James P. Tarquin, P.A | Posted on November 20, 2018
Skip footer and go back to main navigation