Can A Harasser’s Sexual Behavior Towards Other Employees Be Used To Prove A Sexual Harassment Case? 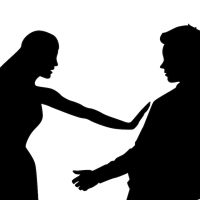 Molchan alleges that during her employment with the Delmar FD a management-level employee, a man named Rementer, had a history of making “suggestive comments and employing sexual innuendo in conversation” with her and other female Delmar FD employees. On September 8, 2015, Rementer—who was then Fire Chief—and Molchan, along with two other Delmar FD employees, were returning from a meeting when they stopped for lunch. At that lunch, according to Molchan, Rementer placed his hand inside of her thigh. Nearly two years later, on July 30, 2017, Rementer—who was then President and Second Assistant Chief of the Delmar FD—allegedly placed his hand on Molchan’s buttocks while walking behind her. Surveillance video captured the incident.

Sexual Behavior Towards Others Is Relevant

By James P. Tarquin, P.A | Posted on December 9, 2021
Skip footer and go back to main navigation