Can A Woman Be Denied A Promotion Because She Is A Working Mother With Young Children? 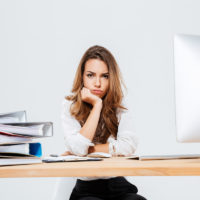 In that case, Laurie Chadwick (Chadwick) brought a sex discrimination lawsuit against her employer, WellPoint, Inc. (WellPoint), under Title VII after she was denied a promotion. Chadwick alleged that WellPoint failed to promote her because of a gender-based stereotype that women who are mothers, particularly of young children, neglect their jobs in favor of their presumed childcare responsibilities.

Chadwick was a long-term employee of WellPoint, an insurance company, at its office in Maine. She was hired by WellPoint in 1997 and was promoted in 1999 to the position of Recovery Specialist II. In 2006, encouraged by her supervisor, Chadwick applied for a promotion to a management position of Team Lead. Because she was already performing several of the responsibilities of the Team Lead position and based on her supervisor’s encouragement, Chadwick believed that she was the forerunner for the position. Chadwick did not get the promotion.

At the time of the promotion decision, Chadwick was the mother of an eleven-year old son and six-year old triplets in kindergarten. There was no evidence that Chadwick’s work performance was negatively impacted by any childcare responsibilities. In support of her assertion that WellPoint denied her promotion based on the gender-based stereotype that mothers, particularly those with young children, neglect their work duties in favor of their childcare obligations, Chadwick pointed to a remark made by the person, Miller, who made the promotion decision. When Miller informed Chadwick that she did not get the promotion, Miller explained: “It was nothing that you did or didn’t do. It was just that you’re going to school, you have the kids and you just have a lot on your plate right now.” During the litigation, Miller testified that Chadwick was denied the promotion because she interviewed poorly.

Passed Over Because Of Gender-Based Stereotypes

Because employment discrimination claimants are “entitled to prove a discrimination case by circumstantial evidence alone,” the First Circuit rejected the trial court’s requirement that Miller had to explicitly stated that “Chadwick’s sex was the basis for Miller’s assumption about Chadwick’s inability to balance work and home.” “To require such an explicit reference,” the court of appeals explained, “would make it exceedingly difficult to prove most sex discrimination cases today.” “Given what we know about societal stereotypes regarding working women with children,” the appellate court reasoned, a reasonable jury could find that Chadwick was not denied the promotion because of her interview performance, but “because Miller assumed that as a woman with four young children, Chadwick would not give her all to her job.” Thus, the First Circuit concluded, Chadwick had presented sufficient evidence to establish that she “was really passed over because of [gender]-based stereotypes” and was entitled to proceed to trial.