Can Employers Transfer Pregnant Employees To Another Position Because Of Safety Concerns? 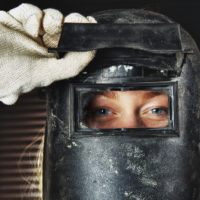 The Pregnancy Discrimination Act of 1978 (PDA) protects women from discrimination on the basis of pregnancy, childbirth, and related medical conditions. Under the PDA, employers must treat pregnant employees the same for all employment-related purposes as non-pregnant employees who are similar in their ability or inability to work. This means that if a pregnant employee is able to work, she must be allowed to work under the same conditions as non-pregnant employees. This is inclusive when am employer is deciding to transfer a pregnant employee to another job. Under the PDA, as explained by the U.S. Supreme Court in International Union, UAW v. Johnson Controls, Inc., 499 U.S. 187 (1991), employers are no longer “permitted to force women who become pregnant to stop working regardless of their ability to continue”.

Having long represented victims of pregnancy discrimination, our Alachua County, Florida pregnancy discrimination lawyers have learned that employers frequently transfer pregnant employees to less favorable positions because of purported health concerns for the mother and unborn child. However, the Johnson Controls Court held that an employer’s safety concerns constitute a permissible basis for an employment decision adversely affecting a pregnant employee only where her pregnancy “actually interfered with the employee’s ability to perform the job.” The decision by the U.S. Sixth Circuit Court of Appeals in Spees v. James Marine, Inc., 617 F.3d 380 (6th Cir. 2010) is instructive in showing that transferring a pregnant employee to a less favorable position because of alleged safety concerns violates the PDA unless the employer has a meritorious factual basis for believing that her pregnancy prevents her from safely performing the duties of the position.

In that case, Heather Spees (Spees) claimed that her former employer, James Marine, Inc. (JMI), transferred her to a less favorable position because of her pregnancy in violation of the PDA. JMI constructs deck and tank barges, towboats, and dry docks for the river-shipping industry. Spees was employed by JMI as a welder. Spees’ work as a welder involved heavy lifting, climbing up ladders and stairs, and overhand handling of equipment. As a welder, Spees was also exposed to fumes, dust, and organic vapors during the course of her work.

Shortly after she started working at JMI as a welder, Spees became pregnant. When Spees expressed concerns to her foreman, Milam, that she would be fired because of her pregnancy, Milam responded by saying he “had concerns about her being around the chemicals, the welding smoke, and climbing around one some of the jobs” while pregnant. Milam told Spees to see a doctor to “find out exactly what she did or didn’t need to be doing or around.” The next day, Spees had an appointment with her doctor. Spees’ doctor told her “there was no problem” with working as a welder while pregnant and gave Spees a “Certificate to Return to Work” stating there were no restrictions on her ability to weld.

Employee Transferred Out Of Concern For Her Pregnancy

While returning to work after her doctor’s appointment, Spees called Miram and informed him that she had received clearance from her doctor to work as a welder. Milam then had Spees read him the doctor’s “Certificate to Return to Work.” Although Spees was medically cleared to work as a welder while pregnant, Milam believed, based on “common sense,” that “there was some questions about her being pregnant and being able to safely perform the job that she was required to do.” Milam eventually told Spees that he had consulted with his supervisor, Colbert, and they decided that Spees could no longer weld. Milam told Spees that she could accept a transfer to a position in the tool room. Milam further told Spees that the transfer would be temporary and Spees could resume welding after her pregnancy. Although she told Milam that she wanted to continue welding, Spees accepted the transfer to a position in the tool room.

Ultimately, Spees missed some fourteen days of work because of pregnancy-related medical complications. Because she was entitled to only ten days of approved leave and was not eligible for leave under the Family Medical Leave Act, JMI terminated Spees’ employment. Spees’ termination paperwork stated that the company would rehire her after the baby was born.

Pregnancy Was A Motivating Factor For Transfer

At the outset of its opinion, the Sixth Circuit explained that reassignments and position transfers constitute adverse employment actions under the PDA when they bring about “a materially adverse change in the terms and conditions” of the employee’s employment. Applying this principle to the facts, the appellate court found that Spees’ transfer to the tool room was an adverse employment action under the PDA because it “resulted in her working a more inconvenient shift in a position that was less challenging and required fewer qualifications.”

Turning to the issue of whether Spees was transferred to the tool room because of her pregnancy, the Sixth Circuit found that Spees had “presented considerable evidence demonstrating that her pregnancy was at least a motivating factor, if not the motivating factor, in JMI’s decision to transfer her to the tool room.” In support of its finding, the court of appeals pointed to Milam’s remark that he had “concerns” she would not be able to weld because of her pregnancy, Milam’s comment that “there was some question about her being pregnant and being able to safely perform the job that she was required to do,” and Milam’s remark that his concerns were based on his perception of “common sense.”

No Evidence Pregnancy Interfered With Ability To Do The Job

The Sixth Circuit further observed that Spees “never told her supervisors at JMI that she was unable to weld.” Rather, Spees “believed that she could weld, with only minimal restrictions, up until the full term of her pregnancy.” “Rather than undertaking an objective evaluation to determine whether Spees could perform the welding job while pregnant,” the appellate court explained, JMI “subjectively viewed Spees’ pregnancy as rendering her unable to weld.” “This would allow a reasonable jury to find,” the Sixth Circuit concluded, that “JMI’s decision to transfer Spees was made out of concern of her pregnancy and the well-being of her unborn child rather than because Spees was unable to perform her job as a welder.”

By James P. Tarquin, P.A | Posted on September 11, 2018
Skip footer and go back to main navigation