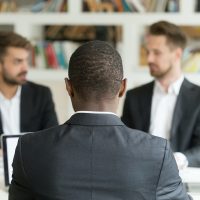 During the past two decades, our Citrus County racial discrimination lawyers have fought for the rights of race discrimination victims. Through their decades of experience representing race discrimination victims, our Inverness, Florida racial discrimination attorneys have learned, as observed by the court in Ellis v. CCA of Tenn. LLC,  650 F.3d 640 (7th Cir. 2011), that it “has become easier to coat various forms of discrimination with the appearance of propriety because the threat of liability takes that which was once overt and makes it subtle.” For example, a racial harasser may use the term banana against an African-American employee with the racist intent of conjuring up images of monkeys. As explained by the court in United States v. Jones,  159 F.3d 969 (6th Cir. 1998), “given the history of racial stereotypes against African-Americans and the prevalent one of African-Americans as animals or monkeys, it is reasonable—perhaps even an obvious conclusion—that the use of monkey imagery is intended as a racial insult where no benign explanation for the imagery appears.”

In that case, a man named Jones brought a racial harassment lawsuit against his former employer, UPS Ground Freight, Inc. (UPS), pursuant to Title VII of the Civil Rights Act of 1964 (Title VII). Title VII protects employees from race discrimination. In interpreting Title VII, courts have consistently ruled that racial harassment is a form of race discrimination forbidden by Title VII. To violate Title VII, racial harassment must be sufficiently severe or pervasive to alter the conditions of the victim’s employment and create a hostile working environment. Jones, who is African-American, claims that UPS created and maintained a racially hostile work environment in violation of Title VII.

In May 2007, Jones began working for UPS as a road driver trainee. After one week of training, he became a road driver and drove alone on assigned trips. At some point after his training ended, Jones began to find remnants of bananas, such as banana peels and bananas that had been broken in half, on his delivery truck. The bananas were always located in one of two places: either on the back of the truck’s flat-bed trailer or on the steps up into the cab. Jones never saw bananas on any other truck. Jones testified that “the first time [he] thought nothing of it . . . maybe it was the yardman just walking around, and maybe they forgot it, and they put it there.” Jones, therefore, did not report finding the bananas immediately.

In April 2008, after finding the bananas for approximately the third time, Jones complained to the manager of the terminal, Carter, about the bananas. Jones told Carter that he had been finding banana peels on his truck and that he believed that this was racially discriminatory. During his conversation with Carter, Jones said that it “seems like [there is] a lot of racism up here because the guys are wearing confederate shirts and confederate hats also.” Carter said “that happened a while back” and that he had “told them that they couldn’t wear that type of stuff around here.” Carter was surprised to learn that Jones had observed “probably three” yardman wearing such clothing that same day.

Later in April 2008 Jones once again found bananas on his truck. That same day, Jones resigned his employment by giving UPS his two-week notice.

The trial court dismissed Jones’ racial hostile work environment harassment claim. The trial court concluded that the appearance of the bananas on Jones’ truck was not racially motivated. In other words, the trial court determined that perpetrators motive in repeatedly placing bananas on the truck of an African-American employee was benign and not intended as a racial insult. On appeal, the U.S. Eleventh Circuit Court of Appeals reversed the trial court’s decision and reinstated Jones’ racial hostile work environment harassment claim.

Just like the reversed trial court, UPS argued on appeal that the banana incidents were not racially motivated and, therefore, cannot form the basis of a racially hostile work environment claim. In rejecting the argument advanced by UPS and rubber-stamped by the trial court, the Eleventh Circuit concluded that a reasonable jury could find that the placement of bananas on Jones’ truck was racially motivated and, thus, formed a basis for establishing that Jones worked in racially hostile work environment in violation of Title VII.

In support of its holding, the Eleventh Circuit explained that “unfortunately, some people do use bananas to communicate racial slurs.” The appellate court pointed out that Jones found bananas on his truck on “multiple occasions,” and “each time, the bananas were in one of two places—either on the steps up to the truck’s cab or on the back of the truck’s flat bed—even though Jones parked his UPS truck in a different location each night.” Nor was there any evidence that bananas were found on any other truck. “This suggests,” the court of appeals reasoned, that “the bananas were not appearing on Jones’ truck by mere chance.” “When viewed in totality,” the Eleventh Circuit concluded, “this evidence would allow a rational trier of fact to conclude someone was placing the bananas on Jones’ truck to send a message of racial intolerance.”

By James P. Tarquin, P.A | Posted on November 22, 2022
Skip footer and go back to main navigation