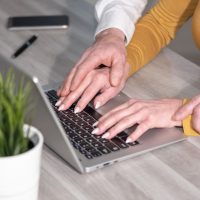 In that case, a woman named Batayias (Batayias) brought a sexual harassment lawsuit against her former employer, The Mechanical Shop (TMS), pursuant to Title VII of the Civil Rights Act of 1964 (Title VII). Title VII makes sexual harassment an unlawful employment practice. Sexual harassment violates Title VII when the harassment is sufficiently severe or pervasive to alter the conditions of the victim’s employment and create a discriminatorily abusive working environment. Batayias contends that TMS violated Title VII by requiring her to work in a sexually hostile environment.

In April 2017, Batayias began working for TMS as a welder. At the end of her first day on the job, Batayias checked her cellphone and found that one of her co-workers, a man named Vescelus, had sent her several messages through Facebook’s messenger function. The messages from Vescelus included comments about Batayias’ appearance and a request that Batayias have sex with him. Either that day or the next, Batayias told two foremen about the Facebook messages. She asked that they keep Vescelus away from her. For the rest of the week, Batayias and Vescelus worked in different areas.

The next week, however, Batayias was required to work with Vescelus. When Batayias arrived at her new work area, Vescelus began mouthing “I love you” at her. Batayias says this occurred multiple times. A few days after this, Vescelus touched Batayias’ buttocks while she was welding. Batayias reported this incident to another foreman who allegedly did nothing to address her concerns. After Batayias threatened to file a grievance with her union about the unwanted sexual behavior, TMS moved Vescelus to another work area where he was not near Batayias for the rest of the workday. At the end of the same day, Vescelus touched Batayias’ chest. The next day, Batayias lodged a sexual harassment complaint with one of the owners of TMS. Two days later, TMS fired Vescelus.

In finding that the sexual harassment was sufficiently severe or pervasive to violate Title VII, the trial court observed that “Vescelus inappropriately touched [Batayias] on two occasions—once on her buttocks and once on her chest.” “These incidents,” the trial court pointed out, “occurred within the same two-week period where Vescelus also sent [Batayias] a Facebook message requesting sexual intercourse and mouthed ‘I love you’ at her multiple times.” Thus, the trial court determined that the sexually harassing Facebook messages contributed to the creation of a sexually hostile work environment. Based on this verbal and physical conduct of a sexual nature, the trial court concluded that Batayias had “presented adequate evidence that the harassment was sufficiently severe or pervasive to alter the terms and conditions of employment and create a discriminatorily abusive working environment.”

One of the most important decisions that sexual harassment victims must make is deciding which employment lawyers to consult with about their legal rights. At our employment law firm, an experienced employment attorney will speak with you personally and you will receive the individualized attention your case deserves. We offer free confidential case evaluations and you will never have to pay to speak with our employment lawyers regarding your rights as a sexual harassment victim. We are available for consultation at your convenience and are able to schedule telephone consultations for evenings and weekends.

By James P. Tarquin, P.A | Posted on September 3, 2021
Skip footer and go back to main navigation