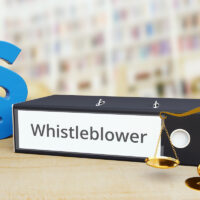 In that case, Esteban Garcia (Garcia) brought a retaliation lawsuit against his former employer, Professional Contract Services, Inc. (PCS), pursuant to the False Claims Act.  Garcia claims that PCS fired him because of his whistleblower activity.

The Javits-Wagner-O’Day Act provides employment opportunities for people with disabilities by promoting their access to federal contracts. PCS makes use of these opportunities, providing custodial and grounds maintenance services on government-owned properties by employing individuals defined by the Javits-Wagner-O’Day Act as “severely disabled.” In September 2003, PCS hired Garcia as an Operations Manager. Garcia was later promoted to Senior Operations Manager, where one of his duties was to ensure that PCS was complying with its contracts with the government.

In April 2011, PCS assigned Garcia to “Job 560,” which called for custodial and ground services for sixteen separate U.S. Border locations in Texas. In March 2013, PCS discovered that one of the sixteen locations of Job 560, “Location 6,” had not been serviced in about two years, even though PCS had been billing the government for that work. PCS investigated and concluded that Garcia had not properly managed the location, so on April 9, 2013, PCS issued a disciplinary action report to Garcia. Two months later, in June 2013, PCS concluded that Garcia had failed to properly service another job: Job 660, which consisted of cleaning two locations in Texas. PCS then terminated Garcia’s employment, citing his oversight deficiencies on Jobs 560 and 660.

Garcia claims that he was fired for a different reason: his whistleblower activity. Garcia alleges that beginning in 2011, he reported to the company and to his supervisor that PCS was billing the government for cleaning the parking lots on Job 560 when that work was not actually being performed. According to Garcia, PCS ignored these reports and continued to bill the government. As a result, Garcia decided to report this information to the government. On April 24, 2013, Garcia emailed this information to the Chief Financial Officer at SourceAmerica, an agency that helps the government administer contacts under the Javits-Wagner-O’Day Act. Garcia forwarded this email to PCS’s general counsel and to SourceAmerica’s general counsel. Approximately two months after Garcia blew the whistle, PSC fired him.

The trial court dismissed Garcia’s whistleblower claim. In reversing the trial court’s dismissal and reinstating Garcia’s whistleblower claim, the Fifth Circuit focused on evidence showing that another employee was not fired despite having similar performance deficiencies as Garcia. In particular, the appellate court observed that another Operations Manager, Rodas, had a history of similar performance problems. In fact, the court of appeals pointed out, it was under Rodas’ management that PCS stopped cleaning Location 6 of Job 560. “While Garcia was fired for his mistakes on Job 560,” the appellate court explained, PCS “gave Rodas multiple opportunities to improve his performance without terminating him.” Thus, the Fifth Circuit concluded, a reasonable jury could find that Garcia’s whistleblower activity “explains the difference in treatment between these two employees.”

By James P. Tarquin, P.A | Posted on December 6, 2019
Skip footer and go back to main navigation