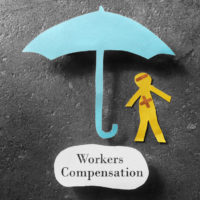 In that case, Philip Hornfischer (Hornfischer) filed a lawsuit pursuant to section 440.205 claiming that he was fired in retaliation for making workers’ compensation claims. Hornfischer was employed by the Manatee County Sheriff’s Office (MCSO) as a meat cutter. On November 13, 2006, Hornfischer suffered a work-related injury when he accidently stabbed himself in the abdomen with a knife. Two weeks later, Hornfischer made another claim for workers’ compensation benefits because of problems with his hands and arm unrelated to the stabbing incident. On May 24, 2007, the MCSO fired Hornfischer because of his alleged failure to obtain a report from his authorized treating physician concerning his fitness to return to work and his alleged absence from work without permission. The trial court dismissed Hornfischer’s case and refused to allow the case to go to a jury trial. The Second DCA reversed the trial court’s dismissal and reinstated Hornfischer’s case.

In reversing the trial court’s dismissal of the case, the Second DCA found that the reasons given for Hornfischer’s termination were “questionable.” One reason given for Hornfischer’s discharge was his alleged failure to obtain a report from his authorized treating physician concerning his fitness to return to work constituted a neglect of duty. The “problem with the neglect of duty charge,” the appellate court found,” was that obtaining the physician’s report was the responsibility of the MCSO, not Hornfischer. The Second DCA explained that “the employer cannot pass of its responsibilities under the Workers’ Compensation Law to the injured worker and require him or her to act as its go-between to a health care provider.” Thus, the appellate court concluded, the MCSO fired Hornfischer “for allegedly failing to perform a function that it could not lawfully demand of him.” The second reason given for Hornfischer’s discharge was that he was absent from work without permission. The problem with this assertion, the appellate court found, was that Hornfischer’s supervisor instructed him to leave work and return home after Hornfischer told him that he was taking prescribed analgesics. Thus, the appellate court concluded, a jury could reasonably conclude that Hornfischer was not absent from work without permission.

In reversing the trial court’s dismissal of the case, the Second DCA also found that the trial court ignored evidence of the MCSO’s retaliatory animus. The appellate court explained that e-mails between the MCSO’s agents, the Manatee County attorney’s office, and the third-party administrator for Manatee County’s workers’ compensation claims, demonstrated that the MCSO’s agents “consistently displayed a negative attitude toward Hornfischer and his workers’ compensation claims.” The appellate court pointed to evidence that the Manatee County attorney’s office “arranged for and obtained surveillance reports on Hornfischer,” “arranged for an off-duty law enforcement officer to be present at his deposition,” and referred Hornfischer’s case to the Florida Department of Financial Services for the investigation of alleged insurance fraud. The retaliatory animus displayed by the MCSO’s agents against Hornfischer and his workers’ compensation claims, the appellate court concluded, was sufficient evidence for a “jury to draw an inference that the MCSO’s stated reasons for discharging Hornfischer were pretextual in nature.”

In reversing the trial court’s dismissal of the case, the Second DCA recognized that retaliation cases rarely involve “smoking gun” evidence because an employer generally “does not announce or state in writing that it is discharging an employee because he or she has filed a workers’ compensation claim.” Moreover, the appellate court observed, “[i]t is not difficult for an employer wishing to discharge an employee for engaging in protected activity [by making a workers’ compensation claim] to find another plausible reason or reasons to justify its decision.” Thus, the Second DCA explained, claims for retaliatory discharge under section 440.205 are “often ill suited” for resolution by a trial court in lieu of a jury trial on the merits.

The decision in Hornfischer illustrates that it is not difficult for employers to mask a retaliatory motive by coming up with seemingly plausible reasons to justify the termination of employees who make a workers’ compensation claim. When a plausible reason for an employee’s termination is not the real reason, as recognized by the Hornfischer court, the stated reason for the termination is “pretextual in nature.” As explained by the U.S. District Court for the Middle District of Florida in Chambers v. Walt Disney World Co., 132 F.Supp.2d 1356 (M.D. Fla. 2001), pretext “means a false or weak reason or motive advanced to hide the actual or strong reason or motive.” Application of the definition of pretext in Chambers to the facts in Hornfischer means that the MCSO’s proffered reasons were false or weak reasons utilized to hide an actual retaliatory motive.

The decision in Hornfischer further illustrates that because employment discrimination and retaliation cases often depend on inferences from circumstantial evidence rather than on “smoking gun” evidence, such cases should be decided by trial courts instead of a jury only in those rare instances where there exists only one conclusion from the evidence. “An inference, as observed by the U.S. District Court for the Middle District of Florida in Bernstein v. Sephora, Div. of DFS Group L.P., 182 F.Supp.2d 1214 (S.D. Fla. 2002), “is [a] conclusion reached by considering other facts and deducing a logical consequence from them.” As explained by the Second DCA, the trial court improperly took the case away from a jury because the record contained evidence from which a jury could “draw negative inferences about the MCSO’s motives for discharging Hornfischer” and “find that [the] MCSO’s stated reasons for discharging Hornfischer were pretextual.” Under such circumstances, resolution of whether Hornfischer was fired in retaliation for pursuing workers’ compensation benefits was for the jury, not for the trial court.