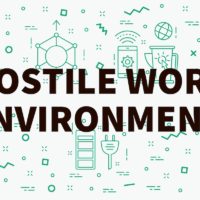 Having fought for the rights of employees who have endured racial harassment in the workplace for almost twenty years, our Citrus County, Florida race discrimination attorneys know that egregious acts of racial harassment still occur in the workplace, including racial slurs, racist graffiti, and racist symbols. Unfortunately, although Title VII and the FCRA make racial harassment an unlawful employment practice, decisions in the racial harassment context reflect that many courts are not fully committed to protecting employees from racial bigotry at work. However, as the recent decision by the U.S. District Court for the Northern District of Mississippi in Lenoir v. SGS North America, Inc., 2017 WL 4158625 (N.D. Miss. Sept. 18, 2017) demonstrates, the overwhelming majority of courts recognize racial harassment has no place in any work environment.

In that case, Leundrell Lenoir (Lenoir) brought racial hostile work environment harassment claim against his former employer, SGS North America, Inc. (SGS), pursuant to Title VII. Lenoir, who is African-American, worked for SGS as an inspector of rail cars. SGS is a contractor for a chemical plant in Aberdeen, Mississippi. SGS is primarily responsible for moving rail cars in and out of the plant and sorting and pulling select rail cars as needed.

During his employment, Lenoir was supervised by an employee named Jackson. While Lenoir was in Jackson’s office sitting across the desk from him, Jackson tied a rope into a noose and held it up in front of Lenoir. Jackson then leaned back in his chair and made a “popping” noise with his mouth. Lenoir told Jackson, “I don’t play like that, you don’t do that to a black man” and left the office. In his deposition, Jackson admitted to knowing the offensive symbolism of the noose, but denied tying the noose.

Three days later, Jackson and another management employee performed an audit on some of the rail cars that Lenoir had inspected and repaired the previous week. According to Jackson, four of the repairs that Lenoir claimed to have made were not performed or were not done properly. Jackson and the management employee fired Lenoir the following day for falsifying documentation, specifically, for reporting repairs as complete that were not. SGS hired a white employee to replace Lenoir in the inspector position.

Based in Ocala, Florida and representing employees throughout Central Florida, we have extensive experience litigating racial harassment cases. If you have been the victim of racial harassment or have questions about efforts to intimidate you at work, please contact our office for a free consultation with our Citrus County, Florida race discrimination lawyers. Our employee rights law firm takes racial harassment cases on a contingency fee basis. This means that there are no attorney’s fees incurred unless there is a recovery and our attorney’s fees come solely from the monetary award that you recover.