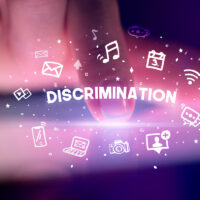 In a press release issued on March 20, 2020, the U.S. Equal Employment Opportunity Commission (EEOC) announced that it has filed a disability discrimination lawsuit against Interconnect Cable Technologies Corporation (ICTC).  On March 19, 2020, the EEOC filed the case, U.S. Equal Employment Opportunity Commission v. Interconnect Cable Technologies Corporation, Case No. 8:20-cv-00644, in the U.S. District Court for the Middle District of Florida after initially attempting to reach a pre-litigation settlement through its statutorily mandated conciliation process.

The EEOC has brought the disability discrimination lawsuit pursuant to the Americans with Disabilities Act (ADA) on behalf of a former employee of ICTC, Michelle Combs (Combs).  Under the ADA, employers are prohibited from discriminating against employees on the basis of disability.  The EEOC claims that ICTC violated the ADA by demoting and then firing Combs because of her disability.  In this article, our Marion County, Florida discriminatory discharge lawyers explain the EEOC’s allegations against ICTC.

ICTC is an electronics manufacturer in Brooksville, Florida. Combs began working for ICTC in 1996. On June 5, 2017, while she was working as a planner for ICTC, Combs was involuntarily hospitalized under the Florida Mental Health Act of 1971, commonly known as the “Baker Act.” Combs was diagnosed with major depressive disorder and released from the hospital after approximately five days. The EEOC contends that Combs’ major depressive disorder constitutes a disability for purposes of the ADA.

On June 13, 2017, Combs returned to work. Combs advised management of her condition that day. ICTC’s management, according to the EEOC, expressed disappointment in Combs’ hospitalization and diagnosis and, that same day, assigned Combs to work exclusively on ministerial tasks outside of her planner role. On June 17, 2017, ICTC demoted Combs from planner to assembler. On July 3, 2017, ICTC cut Combs’ pay by $2.00 per hour to reflect the lower skill required to be an assembler. Later, rather than remain in the assembler position, Combs voluntarily took an opening in the stock room.

On October 20, 2017, ICTC fired Combs. Although ICTC claimed that it fired Combs because it did not have non-military assembly work, Combs was no longer working as an assembler when she was fired. Instead, Combs was working in the stock room when she was fired. Thus, the EEOC claims that ICTC’s proffered explanation for Combs’ termination had no basis in fact. The EEOC further maintains that ICTC proffered a false reason for Combs’ termination in order to cover up a discriminatory purpose and that the decision was actually motivated by disability-based discriminatory animus.

The EEOC is the administrative agency of the United States responsible for interpreting and enforcing federal laws prohibiting employment discrimination, including disability discrimination. In enforcing the federal civil rights laws, the EEOC is also authorized by federal law to bring lawsuits on behalf of employees who have been unlawfully fired because of their disability. In a press release issued by the EEOC on March 20, 2020 regarding the case, a regional attorney for the EEOC’s Miami District Office, Robert E. Weisberg, observed that although the ADA celebrates its 30th anniversary this year, “the number of disability discrimination charges annually filed with the EEOC rose last year.” “The EEOC continues, with this suit,” Mr. Weisberg added, “to seek vigorous enforcement of the laws that protect people from this kind of intentional and harmful discrimination.”