Does The Pregnancy Discrimination Act Protect The Right To Get Pregnant? 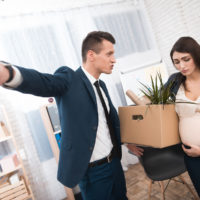 The Pregnancy Discrimination Act of 1978 (PDA) makes it unlawful for employers to discriminate against employees on the basis of pregnancy, childbirth, or related medical conditions. Having dedicated their practice to fighting for the rights of employees who have been discriminated against on the basis of pregnancy, our Citrus County, Florida pregnancy discrimination lawyers have learned that employers frequently discriminate against women because of their capacity to become pregnant. Read on to learn more about the right to get pregnant.

As explained by the U.S. Supreme Court in International Union, UAW v. Johnson Controls, Inc., 499 U.S. 187 (1991), the PDA “prohibit[s] an employer from discriminating against a woman because of her capacity to become pregnant.” Expanding on the Supreme Court’s ruling in Johnson Controls, the U.S. District Court for the Northern District of Illinois in Pacourek v. Inland Steel Co., 858 F.Supp. 1393 (N.D. Ill. 1994) determined that “[d]iscrimination against an employee because she intends to, is trying to, or simply has the potential to become pregnant is . . . illegal discrimination.” Plainly reinforcing the holdings in Johnson Controls and Pacourek, the U.S. Eleventh Circuit Court of Appeals’ decision in Hamilton v. Southland Christian School, Inc., 680 F.3d 1316 (11th Cir. 2012) demonstrates that the PDA’s prohibition of discrimination based on a woman’s capacity to become pregnant necessarily protects the right to get pregnant.

In that case, Jarretta Hamilton (Hamilton) claimed that Southland Christian School, Inc. (Southland) fired her on the basis of pregnancy in violation of the PDA. Hamilton was employed by Southland as a teacher. During her employment, Hamilton and her then-fiancé conceived a child. They got married the next month. Some two months later, Hamilton met with Southland’s Administrator and Assistant Administrator to tell them that she was pregnant and to ask for maternity leave during the next school year. During that meeting, Hamilton admitted that she had conceived the child before getting married. Southland fired Hamilton the following week, purportedly because she had sinned by engaging in premarital sex.

PDA Protects The Right To Get Pregnant

In reversing the trial court, the Eleventh Circuit explained that Hamilton was not required to produce evidence of a nonpregnant employee who was treated differently in order to establish a prima facie case of pregnancy discrimination. Rather, Hamilton was entitled to bring her pregnancy discrimination claim before a jury by presenting circumstantial evidence of Southland’s discriminatory intent. Thus, Hamilton’s inability to show that a nonpregnant employee was treated differently did not “necessarily doom her case.”

Having pointed out the trial court’s mistake of law, the Eleventh Circuit explained that although the PDA “does not protect any right to engage in premarital sex,” the PDA “does protect the right to get pregnant.” The court of appeals found that Hamilton produced evidence showing that Southland, in making the decision to fire her, “was more concerned about her pregnancy and her request to take maternity leave than about her that she had premarital sex.” In support of this finding, the appellate court noted that Hamilton testified that she after she told the Administrator about her pregnancy but before she told him that she had conceived before getting married, the Administrator “put his head back and said that we feared something like this would happen.” Hamilton further testified that the Administrator told her that she was going to have to “take the year off” because replacing a teacher taking maternity leave after the school year had started was hard to do. The court of appeals also observed that Hamilton testified that she asked the Administrator: “[W]hat is the issue here? Is it because of the coverage? Or is it because of premarital conception? And he said both reasons.” Because Hamilton had produced circumstantial evidence of Southland’s intent to discriminate against her because she was pregnant, the Eleventh Circuit concluded, Hamilton was entitled to present her pregnancy discrimination claim to a jury for resolution.

By James P. Tarquin, P.A | Posted on October 5, 2018
Skip footer and go back to main navigation