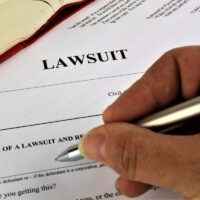 The EEOC has brought the sex discrimination lawsuit pursuant to Title VII of the Civil Rights Act of 1964 (Title VII) on behalf of a former employee of CCM Companies, Virginia Duncan (Duncan). Under Title VII, it is an unlawful employment practice for employers to fail to promote employees on the basis of sex. The EEOC claims that CCM Companies violated Title VII by failing to promote Duncan to the position of general manager because of her sex. In this article, our Alachua County, Florida EEO attorneys explain the EEOC’s allegations CCM Companies.

Employee Passed Over For Promotion

Between March 2012 and January 2015, according to the EEOC, there were nine vacancies for the general manager position at CCM Companies’ Harley-Davidson dealerships. CCM Companies hired a male for each available position. The EEOC contends that Duncan was qualified, or more qualified, than each of the males that were selected for the general manager position. On at least two occasions, Duncan was recommended as the best qualified candidate for promotion by the departing General Managers. The EEOC maintains that none of the male employees who were promoted to general manager were told that they were required to participate in the mentorship program prior to promotion.

The same day that she was denied promotion, Duncan asked the Executive Manager of CCM Companies whether the reason for her non-promotion was because of her sex. When the Executive Manager was unable to provide an answer to Duncan’s satisfaction, according to the EEOC, Duncan immediately began her search for other employment and the following day resigned her position at CCM Companies.

Protection Against Discriminatory Failure To Promote

The EEOC is the administrative agency of the United States responsible for interpreting and enforcing federal laws prohibiting employment discrimination, including sex discrimination. In enforcing the federal civil rights laws, the EEOC is also authorized by federal law to bring lawsuits on behalf of victims of sex discrimination, including employees unlawfully denied promotion because of their gender. In a press release issued by the EEOC on August 20, 2018 regarding the case, a Regional Attorney for the EEOC’s Miami District Office, Robert E. Weisburg, stated that “the law is clear—employers cannot discriminate on the basis of sex and they must provide a level playing field for all employees to compete for management positions.” In commenting on the case, the Director of the EEOC’s Tampa Field Office, Evangeline Hawthorne, explained that the “EEOC has long fought to protect women from hitting the glass ceiling in all professions and from outdated stereotypes about women in leadership which continue to persist.”

Based in Ocala, Florida and representing employees throughout Central Florida, our Alachua County, Florida EEO attorneys have been fighting for the victims of employment discrimination for almost two decades. If you have subjected to discrimination at work or have questions about your rights under the federal anti-discrimination laws, please contact our office for a free consultation with our Alachua County, Florida EEO lawyers. Our employment and labor law attorneys take employment discrimination cases on a contingency fee basis. This means that there are no attorney’s fees incurred unless there is a recovery and our attorney’s fees come solely from the monetary award that you recover.

By James P. Tarquin, P.A | Posted on December 19, 2019
Skip footer and go back to main navigation