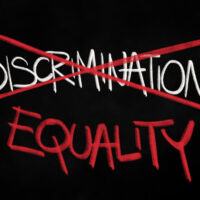 On August 19, 2020, the U.S. Equal Employment Opportunity Commission (EEOC) announced that it has entered into a Consent Decree to settle a disability discrimination lawsuit against Chalfont & Associates Group, Inc., d/b/a McDonald’s (McDonald’s), which owns 11 McDonald’s restaurants in the Central Florida area. On August 26, 2019, the EEOC filed the lawsuit, U.S. Equal Employment Opportunity Commission v. Chalfont & Associates Group, Inc., Case No. 6:19-cv-01304, in the U.S. District Court for the Middle District of Florida after initially attempting to address the alleged unlawful employment practices through its conciliation process. Unable to settle the case through conciliation, the EEOC exercised is statutory right to address the alleged unlawful employment practices by filing a lawsuit. In the Consent Decree, which was signed by U.S. District Court Judge Wendy W. Berger on August 18, 2020, McDonald’s agreed to pay $69,555 to resolve the religious discrimination lawsuit.

The EEOC filed the religious discrimination lawsuit pursuant to Title VII of the Civil Rights Act (Title VII) on behalf of an individual who applied for employment with McDonald’s, Morteza Javadi (Javadi). Under Title VII, job applicants and employees are protected from discrimination on the basis of religion. Title VII further obligates employees to reasonably accommodate the religious beliefs of job applicants and employees. The EEOC claims that McDonald’s denied Javadi employment because of his religion in violation of Title VII. In this article, our Citrus County, Florida labor law attorneys explain the EEOC’s allegations of religious discrimination against McDonald’s.

The EEOC is the administrative agency of the United States responsible for interpreting and enforcing federal employment laws prohibiting discrimination, including religious discrimination. As the administrative agency charged with enforcing the federal employment laws, the EEOC also has the authority to file lawsuits on behalf of job applicants and employees who have been discriminated on the basis of religion. In a press release issued by the EEOC on August 19, 2020 regarding the case, a regional attorney for the EEOC’s Miami District Office, Robert Weisberg, explained that “there is no inherent conflict between personal religious expression and earning a living, and federal law supports that view.” “Employers should review their personnel policies,” Mr. Weisberg added, “to ensure that they permit reasonable accommodation of employees’ religious beliefs.” In commenting on the case, the Acting Director of the EEOC’s Miami District Office, Bradley Anderson, stated that “no one should be forced to choose between respecting their religious beliefs and obtaining a job when the company can accommodate those beliefs without an undue hardship.”

Based in Ocala, Florida and representing employees throughout Central Florida, our Citrus County, Florida labor law attorneys have been litigating employment discrimination cases in Florida courts for more than two decades. If you have been discriminated against at work or have questions about your protection against discrimination under the federal employment laws, please contact our office for a free consultation with our Lecanto, Florida labor law lawyers. Our employee rights law firm takes employment discrimination cases on a contingency fee basis. This means that there are no attorney’s fees incurred unless there is a recovery and our attorney’s fees come solely from the monetary award that you recover.