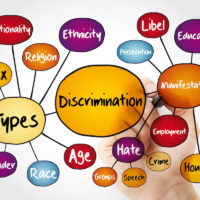 Having represented the victims of age discrimination for nearly twenty years, our Marion County, Florida employment discrimination attorneys learned that employers continue to target older employees for termination and replacement with younger employees.  As the U.S. Seventh Circuit Court of Appeals observed in Graefenhain v. Pabst Brewing Co., 827 F.2d 13 (7th Cir. 1987), the U.S. Congress enacted the Age Discrimination in Employment Act (ADEA) “because many employers or younger business executives act as if they believe there are good business reasons for discriminating against older employees.” Recognizing that the problem identified by the Graefenhain court still persists, the U.S. Equal Employment Opportunity Commission (EEOC) has initiated legal proceedings against an employer for allegedly making employment decisions based on a preference for youth.

The EEOC is the administrative agency of the United States responsible for interpreting and enforcing federal laws prohibiting employment discrimination. In enforcing the federal anti-discrimination laws, the EEOC is also authorized by federal law to bring lawsuits on behalf of victims of employment discrimination. In a press release issued by the EEOC regarding the case, a Regional Attorney for the EEOC, Debra M. Lawrence, stated that “[i]t’s not only unfair to fire qualified employees based on their age, it’s against the law.” The Director of the EEOC’s Philadelphia District Office, Jamie R. Williams, added that “[o]lder workers play a vital role in the workplace and our economy” and the “EEOC is committed to protecting employees from age discrimination.”