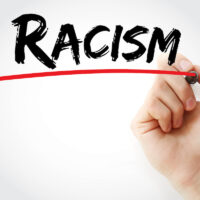 The EEOC has brought the racial harassment lawsuit pursuant to Title VII of the Civil Rights Act of 1964 (Title VII) on behalf of a former employee of TGS, Kevin Perkins (Perkins). Under Title VII, it is an unlawful employment practice for employers to discriminate against employees on the basis of their race. Racial harassment is a form of race discrimination forbidden by Title VII. The EEOC alleges that Perkins, who is African-American, was subjected to hostile work environment racial harassment in violation of Title VII. The EEOC further claims that Perkins was forced to quit because of the racial harassment. In this article, our Citrus County, Florida racial discrimination lawyers explain the EEOC’s allegations against TGS.

TGS sells, installs, and repairs garage doors and garage door openers. In August 2018, Perkins began working for TGS as a service technician. Perkins was the only non-white service or sales technician. The EEOC claims that Perkins was subjected to pervasive racially harassing behavior by his supervisor and co-workers. The racial harassment directed at Perkins included racial slurs, racial jokes, and racially offensive remarks. The EEOC contends that the supervisor’s racial abuse continued event after Perkins told the supervisor to stop and that he was offended by his use of racial slurs.

The EEOC is the administrative agency of the United States responsible for interpreting and enforcing federal laws prohibiting employment discrimination, harassment, and retaliation. In enforcing the federal anti-discrimination laws, the EEOC is also authorized by federal law to bring lawsuits on behalf of victims of racial harassment. In a press release issued by the EEOC on October 16, 2019 regarding the case, the Director of the EEOC’s New York District Office, Kevin Berry, stated that “the law is clear—employers have a responsibility to ensure that their workplaces are free from racial harassment and cannot ignore employees’ racist behavior, much less condone it.”

Based in Ocala, Florida and representing employees throughout Central Florida, our Citrus County, Florida racial discrimination attorneys have almost two decades of experience representing victims of racial harassment in cases before the EEOC. If you have been subjected to racist behavior in the workplace or have questions about an employer’s obligation to ensure that the workplace is free from racial harassment, please contact our office for a free consultation with our Citrus County, Florida racial discrimination lawyers. Our employee rights law firm takes race discrimination and racial harassment cases on a contingency fee basis. This means that there are no attorney’s fees incurred unless there is a recovery and our attorney’s fees come solely from the monetary award that you recover.