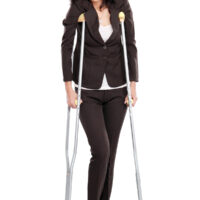 In a press release issued on August 22, 2019, the U.S. Equal Employment Opportunity Commission (EEOC) announced that it has filed a retaliation lawsuit against Employer Solutions Group, LLC (ESG) pursuant to the Americans with Disabilities Act (ADA). The ADA makes it an unlawful employment practice for employers to discriminate against employees on the basis of disability. Under the ADA, an employer unlawfully discriminates against an employee by failing to make reasonable accommodations to the known physical impairments of an individual with a disability. Thus, the ADA establishes a cause of action for disabled employees whose employers fail to reasonably accommodate them. The ADA also protects employees from retaliation when they request a reasonable accommodation for their disability.

On August 21, 2019, the EEOC filed the retaliation lawsuit, U.S. Equal Employment Opportunity Commission v. Employer Solutions Group, LLC, Case No. 0:19-cv-02315, in the U.S. District Court for the District of Minnesota after initially attempting to reach a pre-litigation settlement through its statutorily mandated conciliation process. The EEOC has brought the retaliation lawsuit on behalf of a former employee of ESG, Shannon Enstad (Enstad). The EEOC claims that ESG violated the ADA by terminating Enstad’s employment in retaliation for requesting a reasonable accommodation for her disability. In this article, our Gainesville, Florida wrongful termination lawyers explain the EEOC’s allegations against ESG.

ESG is a payroll servicing company based in Minnesota. Enstad was employed by ESG as an account manager. In February 2018, Enstad tore her anterior cruciate ligament (ACL). In March 2018, Enstad had surgery to repair her torn ACL. As part of the surgery, Enstad’s patellar tendon was grafted to take the place of the torn ACL. Enstad’s torn ACL, according to the EEOC, constitutes a disability within the meaning of the ADA because it is physical impairment that took longer than six months to fully heal and substantially limited her in the major life activities of walking and standing.

Because of her torn ACL and subsequent ACL surgery, Enstad was on leave from February 2018 through April 2018. On April 30, 2018, Enstad was released to return to work without restrictions. When she was released to return to work, Enstad still needed to use crutches because of her ACL surgery. Enstad notified ESG’s human resources department that she would be using crutches when she returned to work. In doing so, Enstad requested an accommodation for her disability. Instead of allowing Enstad to return to work using crutches, ESG terminated Enstad’s employment on April 30, 2018 because she was not 100 percent healed. The rationale proffered by ESG for Enstad’s termination was that she would be a safety risk if she returned to work on crutches. The EEOC maintains that ESG fired Enstad in retaliation for requesting an accommodation for her disability.

The EEOC is the administrative agency of the United States responsible for interpreting and enforcing federal laws prohibiting employment discrimination, harassment, and retaliation. In enforcing the federal anti-discrimination laws, the EEOC is also authorized by federal law to bring lawsuits on behalf of retaliatory discharge victims. In a press release issued by the EEOC on August 22, 2019 regarding the case, a Regional Attorney for the EEOC’s Chicago District Office, Greg Gochanour, explained that “[e]mployers must remember that even relatively short-term impairments can be recognized as disabilities under the law if they are sufficiently severe, which they were here.” “The employer’s decision to fire its account manager,” Mr. Gochanour further explained, “because she needed to use crutches for a few weeks is just inexplicable as well as illegal.”

Based in Ocala, Florida and representing employees throughout Central Florida, our Gainesville, Florida wrongful discharge lawyers have represented employment discrimination, harassment, and retaliation victims in hundreds of cases before the EEOC. If you have been wrongfully terminated or have questions about your protection against retaliation under the federal anti-discrimination laws, please contact our office for a free consultation with our Gainesville, Florida wrongful termination attorneys. Our employment law attorneys take wrongful termination cases on a contingency fee basis. This means that there are no attorney’s fees incurred unless there is a recovery and our attorney’s fees come solely from the monetary award that you recover.

By James P. Tarquin, P.A | Posted on October 7, 2019
Skip footer and go back to main navigation