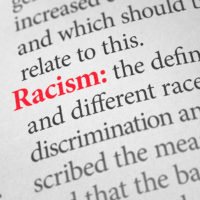 In a press release issued on April 17, 2019, the U.S. Equal Employment Opportunity Commission (EEOC) announced that it has entered into a Consent Decree to settle a racial harassment and retaliation lawsuit filed by the EEOC against Fanatics Retail Group Fulfillment, LLC (Fanatics). On July 24, 2018, the EEOC filed the lawsuit, U.S. Equal Employment Opportunity Commission v. Fanatics Retail Group Fulfillment, LLC, Case No. 3:18-cv-900, in the U.S. District Court for the Middle District of Florida after initially attempting to reach a pre-litigation settlement through its statutorily mandated conciliation process.

The EEOC brought the racial harassment and retaliation lawsuit pursuant to Title VII of the Civil Rights Act of 1964 (Title VII) on behalf of a former employee of Fanatics, Vincent Perkins (Perkins). The EEOC claims that Fanatics discriminated against Perkins by subjecting him to hostile work environment harassment based on his race, African-American. Racial harassment is a form of race discrimination prohibited by Title VII. The EEOC further claims that Fanatics violated Title VII by retaliating against Jenkins for complaining about racial discrimination in the workplace. In this article, our Marion County, Florida race discrimination lawyers explain the EEOC’s allegations against Fanatics.

Fanatics is an online retailer of officially licensed sports merchandise, including NCAA, NFL, MLB, NBA, and NHL merchandise, based in Jacksonville, Florida. In July 2012, Perkins began working for Fanatics. The EEOC claims that Perkins was subjected to severe and pervasive racial harassment during his employment with Fanatics. The alleged racial hostile work environment harassment involved treating African-American employees, including Perkins, less favorably than white employees. The race-based disparate treatment included giving white employees more favorable treatment with respect to work privileges, work assignments, and work schedules. According to a former Operations Administrator at Fanatics, “[i]f you’re white and they consider you one of their own, you can do no wrong . . . sadly, if you are a minority, you are treated like slave labor.”

The EEOC claims that the racial hostile work environment harassment also involved supervisors, managers, and employees subjecting African-Americans, including Perkins, to racial epithets, racial slurs, and racial comments. African-American employees, according to the EEOC, were routinely told to keep complaints “in house” and not to report them to human resources. Nonetheless, Perkins made several complaints to management and human resources personnel about mistreatment of African-American employees. The EEOC maintains that Fanatics failed to take prompt and effective remedial action to stop the racially harassing behavior from continuing. The EEOC further alleges that the Human Resources Manager, who was responsible for investigating at least one of Perkins’ complaints of race discrimination, used a racial slur when referring to an African-American employee and made other race-based comments.

During his employment, Perkins was told that he was going to be promoted to the position of Screen Lead Supervisor. Prior to his promotion, however, Perkins complained about the treatment of African-American employees. After his complaint, Perkins’ supervisor told him that he would never be promoted. The EEOC claims that Fanatics refused to promote Perkins in retaliation for his complaining about race discrimination. The EEOC further claims that Fanatics retaliated against Perkins for complaining about race discrimination by attempting to falsely write him up and throwing out Perkins’ write-ups of white employees. According to a former Operations Administrator at Fanatics, “[i]f any employee complains about the injustice being done, that person will be retaliated [against].”

In the Consent Decree settling the lawsuit, which was signed by U.S. District Judge Timothy J. Corrigan on April 17, 2019, Fanatics agreed to pay $322,050 to resolve the racial harassment and retaliation case. In the Consent Decree, Fanatics also agreed to provide training to all employees on Title VII’s prohibition of discrimination, including training on the process for making complaints about discrimination internally. The EEOC also required Fanatics to take measures to protect the rights of Perkins. The EEOC mandated that Fanatics provide a neutral employment reference for Perkins which simply confirms Perkins’ dates of employment and positions held, with no mention of employment complaints, discrimination, or the lawsuit as part of any reference.

The EEOC is the administrative agency of the United States responsible for interpreting and enforcing federal laws prohibiting employment discrimination, including racial harassment. The EEOC is also authorized by federal law to bring lawsuits on behalf of victims of employment discrimination, including racial harassment. In a press release issued by the EEOC regarding the case, a Regional Attorney for the EEOC, Robert E. Weisberg, stated that “[t]his lawsuit revealed a racially hostile work environment no employee should have to endure.” The Director for the EEOC’s Miami District Office, Michael Farrell, added that “[w]hen employers fail to put a stop to pervasive discrimination, the EEOC will do what is necessary to seek justice for victims of discrimination and to work with employers to implement policies to ensure such discrimination is eradicated from the workplace.”

Based in Ocala, Florida and representing employees throughout Central Florida, we have represented employment discrimination and harassment victims in hundreds of cases before the EEOC. If you have endured racial harassment in the workplace or have questions about an employer’s legal obligation to prevent racial harassment in the workplace, please contact our office for a free consultation with our Marion County, Florida racial harassment attorneys. Our employment and labor law attorneys take employment discrimination and harassment cases on a contingency fee basis. This means that there are no attorney’s fees incurred unless there is a recovery and our attorney’s fees come solely from the monetary award that you recover.