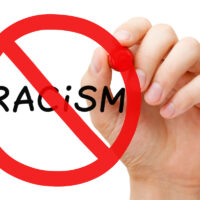 In a press release issued on November 25, 2019, the U.S. Equal Employment Opportunity Commission (EEOC) announced that it has entered into a Consent Decree to settle a racial harassment lawsuit brought against On the Border Acquisitions, LLC (OTB). On September 11, 2018, the EEOC filed the case, U.S. Equal Employment Opportunity Commission v. On the Border Acquisitions, LLC, d/b/a On the Border Mexican Grill & Cantina, Case No. 2:18-cv-05122, in the U.S. District Court for the Eastern District of New York after initially attempting to reach a pre-litigation settlement through its statutorily mandated conciliation process.

The EEOC brought the racial harassment lawsuit pursuant to VII of the Civil Rights Act of 1964 (Title VII) on behalf of a former employee of OTB, Michael Carrethers (Carrethers). Under Title VII, it is an unlawful employment practice for employers to discriminate against employees on the basis of race. Racial harassment is a form of race discrimination forbidden by Title VII. The EEOC claims that OTB unlawfully discriminated against Carrethers in violation of Title VII by subjecting him to hostile work environment harassment based on his race, African-American. In this article, our Inverness, Florida race discrimination lawyers explain the EEOC’s allegations against OTB and the Consent Decree.

OTB, which conducts business as On the Border Mexican Grill & Cantina, operates a restaurant in Holtsville, New York. In November 2012, Carrethers began working for OTB as a line cook. Over the course of his nearly three years of employment, Carrethers was promoted twice. Starting in March 2013, according to the EEOC, a co-worker began subjecting Carrethers to racially offensive remarks. Carrethers complained to the General Manager about the racial remarks. Despite his complaint, the co-worker’s racial remarks towards Carrethers continued unabated.

In January 2015, the EEOC contends, the racial harassment intensified when another co-worker began subjecting Carrethers to racial slurs. On at least three occasions, Carrethers complained to the General Manager about the racial slurs. The General Manager told Carrethers that he was hesitant to do anything because he was afraid that the harassers and other employees might revolt in response and quit. The EEOC claims that OTB is liable for the racial harassment Carrethers endured because it failed to take prompt and effective corrective action to stop the harassment after it knew that co-workers were subjecting Carrethers to racial abuse.

In the Consent Decree settling the lawsuit, which was signed by U.S. District Court Judge Roslyn R. Mauskopf on November 18, 2019, OTB agreed to pay $100,000 to resolve the racial harassment case. In the Consent Decree, OTB agreed to provide training to all employees on federal laws prohibiting race discrimination and harassment. In the Consent Decree, the EEOC also required OTB to provide all employees with a copy of its policies and procedures concerning discrimination. The EEOC further required OTB to issue a disciplinary notice to the General Manager for his failure to address racial harassment, which will be included in his personnel file.

The EEOC is the administrative agency of the United States responsible for interpreting and enforcing federal laws prohibiting employment discrimination, harassment, and retaliation. In enforcing the federal civil rights laws, the EEOC is also authorized by federal law to bring lawsuits on behalf of victims of racial harassment. In a press release issued by the EEOC on November 25, 2019 regarding the case, a regional attorney for the EEOC, Jeffrey Burstein, stated that “[u]nfortunately, racial harassment is all too common in the restaurant industry.” “Whatever the environment,” Mr. Burstein added, “employers need to take seriously their obligations under federal law to put a stop to harassment as soon as they become aware of it.”

Based in Ocala, Florida and representing employees throughout Central Florida, our Inverness, Florida race discrimination lawyers have represented employment discrimination victims in hundreds of cases before the EEOC. If you have experienced racial harassment in the workplace or have questions about an employer’s obligation to protect you from racial abuse at work, please contact our office for a free consultation with our Inverness, Florida race discrimination attorneys. Our employee rights law firm takes employment discrimination cases on a contingency fee basis. This means that there are no attorney’s fees incurred unless there is a recovery and our attorney’s fees come solely from the monetary award that you recover.

By James P. Tarquin, P.A | Posted on November 29, 2019
Skip footer and go back to main navigation