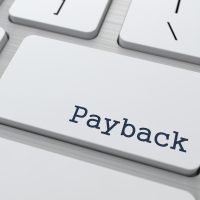 In September 2015, Wheels was hired by Skils’kin to work on its grounds crew at Warren Air Force Base in Cheyenne, Wyoming. Throughout his employment with Skils’kin, Wheels was the only African-American employed by Skils’kin at the Warren Air Force Base. In November 2015, Wheels was transferred from the grounds crew to the dining hall. While working in the dining hall, Wheels heard a co-worker named Johnson make several comments about white supremacy. Wheels complained to an assistant manager about Johnson’s offensive racial comments. Skils’kin, according to the EEOC, did not take any disciplinary action against Johnson based on the offensive racial comments he made while working in the dining hall.

In May 2017, Wheels was transferred back to the grounds crew. While working on the grounds crew, Wheels was subjected to a sustained campaign of racially harassing behavior from Johnson and another co-worker named Apodaca. The racially harassing behavior towards Wheels included racial slurs, racially abusive comments, and referring to Wheels as a “token hire.”

The EEOC alleges that Wheels repeatedly complained to supervisors and managers about the racial abuse he endured in the workplace. When Wheels complained to a Project Manager, the Project Manager told Wheels to stop making complaints about the offensive racial remarks. Despite his complaints, the EEOC contends that Skils’kin failed to take prompt and effective remedial action to stop the racial harassment from continuing. In fact, the EEOC alleges that Skils’kin never disciplined Johnson or Apodaca for making offensive racial comments to Wheels.

On December 22, 2017, Skils’kin laid Wheels off from his grounds crew job. When Wheels was laid off, Skils’kin management told Wheels that he was laid off only because it was the end of the season for seasonal employees, and he was eligible to be recalled to a seasonal job in the Spring of 2018. Despite laying Wheels off, Skils’kin retained a white seasonal grounds crew worker who had less seniority than Wheels. After Wheels was informed that he was being laid off from the grounds crew, Wheels requested a transfer to a job in the dining hall. Wheels were denied transfer to a job in the dining hall. Although Skils’kin regularly recalled seasonal grounds workers to return to their former positions in the spring of each year, Skils’kin did not recall Wheels to any position in the Spring of 2018.

The EEOC is the administrative agency of the United States responsible for interpreting and enforcing federal labor laws prohibiting discrimination, harassment, and retaliation. In fulfilling its Congressional mandate of enforcing the federal labor laws, the EEOC has the authority under federal law to file lawsuits on behalf of employment discrimination victims. In a press release issued by the EEOC on September 30, 2021, regarding the case, a regional attorney for the EEOC’s Phoenix District Office, Mary Jo O’Neill, explained that “Title VII protects employees of all races and guarantees them the right to work in an environment that is free from racial harassment.” “When an employer learns about race-based harassment in the workplace,” Ms. O’Neill added, “it must take prompt action designed to stop the behavior.”

By James P. Tarquin, P.A | Posted on November 12, 2021
Skip footer and go back to main navigation