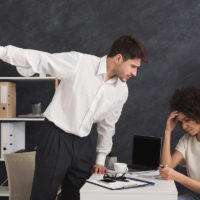 Having litigated employment discrimination lawsuits in Florida state and federal courts for nearly twenty years, our Alachua County, Florida discrimination lawyers have learned that employers seemingly come up with endless ways to mask their discriminatory intent when firing employees. For example, employers will paper employees’ personnel files with disciplinary actions, give employees undeserved negative performance evaluations, set employees up to fail, deny employees adequate training, and refuse to provide employees with work-related assistance. The allegations in Radek v. Target Corp., No. 16-4750 (N.D. Ill. Dec.20, 2017) reveal yet another way in which an employer purportedly masked its discriminatory intent.

In that case, Esmeralda Radek (Radek) sued her former employer, Target Corporation (Target), pursuant to Title VII of the Civil Rights Act of 1964 (Title VII). Radek claimed that Target fired her because of her national origin in violation of Title VII.

In January 2012, Radek, who is Hispanic, began working at a Target store in Hodgkins, Illinois. Prior to being hired, Radek passed a background check and Target’s hiring representative never told Radek there was a problem with her social security number. Throughout her employment with Target, Radek received biweekly paychecks that indicated deductions for social security taxes. For 2013 and 2014, Radek received W-2 forms from Target and she filed her income taxes.

During the first two years of her employment, no Target employee ever told Radek there was a problem with her social security number. However, Target’s store management received a letter from a third party in February 2014 stating that Radek was stealing items from the store, selling those items on eBay, and using a fraudulent social security number for her employment with Target.

False SSN’s Were “Merely A Ruse” For Discrimination