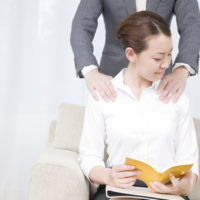 In Faragher v. City of Boca Raton, 524 U.S. 775 (1998) and Burlington Indus. v. Ellerth, 524 U.S. 742 (1998), the U.S. Supreme Court held that employers are subject to vicarious liability for hostile work environment sexual harassment created by a supervisor with immediate (or successively higher) authority over the victim. However, the Ellerth Court also explained that employers can be liable for a supervisor’s sexual harassment when their own negligence is the cause of the harassment. A recent sexual harassment case filed by the U.S. Equal Employment Opportunity Commission in the U.S. District Court for the Southern District of Florida, EEOC v. Vacation Resorts Int’l, on behalf of Katrina Archer (Archer) illustrates the continuing availability of negligence as a separate basis for holding an employer liable for a supervisor’s sexual harassment.

In the lawsuit, the EEOC alleged that Vacation Resorts International, Inc. (VRI) was liable under Title VII of the Civil Rights Act of 1964 (Title VII) for the hostile work environment harassment of a supervisor. The EEOC alleged that during Archer’s employment with VRI, the supervisor subjected her to a sustained campaign of unwanted sexually harassing behavior, including sexual remarks, sexual propositions, touching her breasts, grabbing her head and pulling it towards his genitals, and exposing his penis. When Archer told the supervisor to stop engaging in the behavior, the supervisor purportedly told her that he was just “playing around.” The EEOC asserted that Archer repeatedly complained to a management-level employee about the supervisor’s sexually harassing behavior. Despite Archer’s complaints to management, VRI allegedly failed to take any remedial action to stop the harassment. Instead, according to the EEOC, the sexual harassment continued with increased severity. The EEOC further claimed that VRI violated VII by terminating Archer in retaliation for complaining about the sexual harassment.

In a Consent Decree, which was signed by U.S. District Judge Federico Moreno on February 10, 2016, VRI agreed to pay Archer $125,000 in damages to resolve the case. As part of the resolution, the EEOC required VRI to take specific actions designed to prevent and promptly correct any sexually harassing behavior in the workplace. In enforcing its mandate under Title VII to eradicate sexual harassment in the workplace and prevent retaliation against employees for complaining about sexual harassment, the EEOC required VRI to:

Under the facts as alleged by the EEOC in the lawsuit, the EEOC could have used a negligence theory to establish VRI’s liability for the supervisor’s sexual harassment. Negligence, as the Ellerth Court pointed out, “sets a minimum standard for employer liability” under Title VII. As observed by the U.S. Eleventh Circuit Court of Appeals in Dees v. Johnson Controls World Services, Inc., 168 F.3d 417, 421 (11th Cir. 1999), “the harassment can be ascribed to the employer’s negligence when the employer knew or should have known about the harassment and failed to take remedial action.” Courts, such as the Eleventh Circuit in Watson v. Blue Circle, Inc., 324 F.3d 1252, 1252 (11th Cir. 2003), have determined that an employer’s actual knowledge “is established by proof that management knew of the harassment.” A sexual harassment victim, as explained by the U.S. Tenth Circuit Court of Appeals in Turnbell v. Topeka State Hosp., 255 F.3d 1238, 1244 (10th Cir. 2001), can establish that management knew of the harassment “based on her reports of harassment to management-level employees.”