Employers Are Forbidden From Making Employment Decisions Based On Age Stereotypes 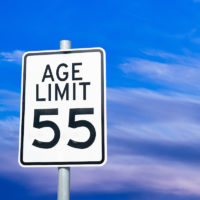 The Age Discrimination in Employment Act (ADEA), which is federal law, and the Florida Civil Rights Act, which is Florida law, forbid employers from making employment decisions on the basis of age stereotypes. As explained by the U.S. Supreme Court in Hazen Paper Co. v. Biggins, 507 U.S. 613 (1993), “Congress’ promulgation of the ADEA was prompted by its concern that older workers were being deprived of employment on the basis of inaccurate and stigmatizing stereotypes.” Stigmatizing stereotypes, as the Supreme Court observed in EEOC v. Wyoming, 460 U.S. 226 (1983), that were “unsupported by objective fact” because “the available empirical evidence demonstrated that . . . as an overall matter, the performance of older workers was at least as good as that of younger workers.” A recent case filed by the U.S. Equal Employment Opportunity Commission (EEOC) in the U.S. District Court for the Eastern District of Kentucky, EEOC v. Rental Pro, illustrates what Congress wanted to forbid in enacting the ADEA.

In that case, the EEOC brought an age discrimination claim on behalf of Ronald Johnson (Johnson) under the ADEA asserting that Rental Pro fired Johnson because of his age. The EEOC alleged that Rental Pro’s owner told a store supervisor to fire Johnson and to look for someone “younger and peppier.” The EEOC further alleged that the owner stated he wanted to bring “young blood” into the company and Rental Pro hired a younger employee after Johnson’s termination.

In a Consent Decree, which was signed by U.S. District Judge Gregory Van Tatenhove on January 21, 2016, Rental Pro agreed to pay Johnson $37,000 to resolve the case. Rental Pro also agreed to provide on-going training to all management and supervisory employees, including ownership, regarding age discrimination and retaliation. Rental Pro was also required to notify the EEOC, for a period covering three years, of all complaints made by any Rental Pro employees alleging age discrimination, including the nature of the complaint and any corrective action taken regarding the complaint. The EEOC further compelled Rental Pro to take actions to prevent any retaliation against Johnson for participating in the age discrimination lawsuit. If contacted by any prospective employer of Johnson, Rental Pro was required to provide the prospective employer with a neutral letter of reference and was prohibited from making an reference to Johnson’s termination or his participation in the age discrimination lawsuit.

In the Rental Pro case, the EEOC had three related pieces of evidence it could use to prove that Johnson was fired because of his age. First, the owner’s alleged comments about wanting “younger and peppier” employees and wanting to bring “young blood” into the company reflect inaccurate and stigmatizing stereotypes about age. In fact, the purported remarks demonstrate a preference for younger employees and hostility towards older employees. Second, the purported discriminatory remarks were made by the person, the company owner, who made the decision to fire Johnson. Third, the alleged discriminatory remarks made by the owner related to the decision-making process regarding Johnson’s termination. Because the decision-maker allegedly made discriminatory remarks relating to the decision-making process, the purported remarks were sufficient, standing alone, to prove that Johnson’s age actually motivated the owner’s termination decision. In other words, if a jury believed that the owner made the discriminatory remarks, the EEOC would have proven that Johnson was fired because of his age.

By James P. Tarquin, P.A | Posted on September 26, 2016
Skip footer and go back to main navigation