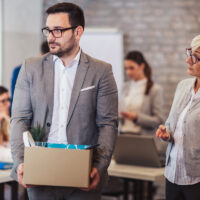 The former director of public relations at Legoland Florida Resort has filed a lawsuit against the theme park, claiming that his termination was the result of illegal gender discrimination. According to his complaint, he faced regular, consistent verbal harassment and humiliation from the Vice President of Marketing and Sales at Legoland.

The plaintiff alleges that he suffered not only harassment but also disparate treatment. According to the complaint, he was the only male in a department of 18 females, and the performance measures for his position were changed after he was hired. He was hired after a three-month interview process. He claims that he was told his position would not be directly connected to sales and that he was never told his performance would depend upon mentions of Legoland in the national media.

He claims that his ideas and marketing plans were shot down by the VP, using belittling and harassing words. He was regularly criticized in front of coworkers, while female coworkers were praised for identical presentations and performances. He claims that although he was never formally disciplined, he was subjected to daily undermining and insulting behavior. According to the complaint, he brought his concerns to human resources and was fired a month later. He was replaced by a woman, whose job title was changed but who performs substantially the same duties.

If the allegations in the complaint are true, then the plaintiff did indeed suffer workplace harassment and discrimination. Gender-based harassment and disparate treatment are unacceptable and illegal, no matter which direction they go. Termination after complaining about harassment or other illegal conduct is impermissible wrongful termination and retaliation. Whether the evidence bears out his claims remains to be seen.