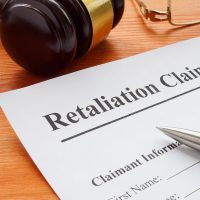 The EEOC claims that Chipotle violated Title VII by requiring Jerome to work in a sexually hostile work environment and by firing Jerome in retaliation for complaining about the sexual harassment she experienced in the workplace.

In November 2017, Jerome commenced her employment with Chipotle. Jerome worked as a crew person at Chipotle’s restaurant in Orlando, Florida. Jerome alleges that beginning in March 2018, she was subjected to unwanted sexually harassing behavior from a co-worker named Avila. Initially, Avila’s sexual behavior towards Jerome involved verbal conduct of a sexual nature, including sexual remarks, sexual propositions, and comments about her breasts. Eventually, Avila’s sexual behavior towards Jerome escalated to physical conduct of a sexual nature, including touching her buttocks and rubbing up against her.

Beginning in April 2018, Jerome complained on at least four occasions to restaurant management, including the apprentice manager and general manager, about Avila’s sexually harassing behavior. Despite her repeated complaints, according to the EEOC, Chipotle did not investigate Jerome’s complaints or take any disciplinary action against Avila. Because of Chipotle’s failure to take immediate and appropriate corrective action after learning that Jerome was being sexually harassed by Avila, the EEOC maintains that Chipotle allowed Avila’s sexual harassment of Jerome to continue.

Jerome alleges that on May 18, 2018, Avila sexually assaulted her on two occasions in the workplace. Jerome promptly notified the apprentice manager of the sexual assaults. When Jerome’s complaint was relayed to the general manager, the general manager told Jerome that her complaint would be investigated.

The EEOC is the administrative agency of the federal government responsible for interpreting and enforcing federal employment discrimination law. As part of its enforcement of federal employment discrimination law, the EEOC is authorized by statute to file lawsuits on behalf of sexual harassment and retaliation victims. In a press release issued on August 12, 2021 regarding the case, the Director of the EEOC’s Tampa Field Office, Evangeline Hawthorne, stated that the “EEOC will always seek to eliminate workplace sexual harassment where it finds it.”

Based in Ocala, Florida and representing workers throughout Central Florida, our Citrus County, Florida workplace retaliation attorneys have fought for the rights of retaliation victims for more than twenty years. If you have been retaliated against for complaining about sexual harassment or have questions about your protection against retaliation for exercising your employee rights, please contact our office for a free consultation with our Inverness, Florida workplace retaliation lawyers. Our employee rights law firm takes workplace retaliation cases on a contingency fee basis. This means that there are no attorney’s fees incurred unless there is a recovery and our attorney’s fees come solely from the monetary award that you recover.