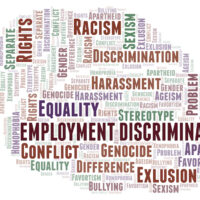 The EEOC claims that Frito-Lay unlawfully terminated Toussaint, a newly-promoted Route Sales Representative, in violation of Title VII because he could not train for the position on Saturdays due to his religious beliefs.

Frito-Lay, which is based in Plano, Texas, manufactures and distributes snack products. Toussaint is a practicing Seventh-Day Adventist. In May 2018, Toussaint was hired by Frito-Lay to work as a warehouse employee at its warehouse in West Palm Beach, Florida. In April 2019, Frito-Lay promoted Toussaint to the position of Route Sales Representative. On April 15, 2019, Frito-Lay began training Toussaint for his new position. On April 20, 2019, Toussaint was baptized as a Seventh-Day Adventist. His baptism required him to abstain from secular work and business on Saturdays.

The EEOC, which is an administrative agency of the federal government, is responsible for interpreting and enforcing the federal anti-discrimination laws, including Title VII’s prohibition against religious discrimination. As part of its statutory mission to eradicate workplace discrimination, the EEOC brings lawsuits on behalf of employees victimized by discriminatory employment practices. In a press release issued by the EEOC on February 17, 2021 regarding the case, the Acting Director for the EEOC’s Miami District Office, Bradley A. Anderson, explained that “the failure to accommodate religious practices remains a persistent problem in the workplace.” In commenting on the case, a regional attorney for the EEOC’s Miami District Office, Robert Weisberg, stated that “we commend Frito-Lay for working collaboratively with EEOC to resolve this lawsuit.” “The company’s eagerness to confer with EEOC about agency’s concerns from the lawsuit’s inception and its agreement to provide enhanced training about reasonable accommodation requests,” Mr. Weisberg added, “will benefit its workers and the company.”

Based in Ocala, Florida and representing employees throughout Central Florida, our Marion County, Florida wrongful discharge attorneys have been in the trenches for more than two decades fighting for employee rights. If you have been wrongfully discharged or have questions about your rights as an employee under the federal employment and labor laws, please contact our office for a free consultation with our Ocala, Florida wrongful discharge lawyers. Our employment and labor law attorneys take wrongful discharge cases on a contingency fee basis. This means that there are no attorney’s fees incurred unless there is a recovery and our attorney’s fees come solely from the monetary award that you recover.

By James P. Tarquin, P.A | Posted on February 18, 2021
Skip footer and go back to main navigation