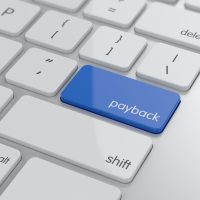 In this article, our Citrus County, Florida sexual harassment attorneys explain how the alleged facts in Mellett v. City of Philadelphia, 2022 WL 2391131 (E.D. Pa. July 1, 2022) are illustrative of an employer’s pattern of antagonism towards sexual harassment victims who complain about sexual harassment in the workplace.

In that case, a woman named Mellett brought a retaliation lawsuit against her employer, the Philadelphia Police Department (PPD), pursuant to Title VII of the Civil Rights Act of 1964 (Title VII). Title VII makes sexual harassment an unlawful discriminatory employment practice. To violate Title VII, sexual harassment must be sufficiently severe or pervasive to alter the conditions of the victim’s employment and create a hostile work environment. To protect sexual harassment victims, Title VII contains an anti-retaliation provision. Under Title VII, employers are prohibited from retaliating against employees who complain about perceived sexual harassment in the workplace. Mellett claims that in response to her complaint about sexual harassment in the workplace, the PPD retaliated against her by subjecting her to disciplinary action. Mellett further claims that the PPD retaliated against her by using this same disciplinary action as a pretext to pass her over for a promotion and demote her.

Mellett is a police officer for the PPD. She began working for the PPD in 2007, was promoted to administrative Sergeant in 2014, and remained in that role until she subsequently became Line Squad Sergeant sometime after 2018, which she claims amounted to a demotion. Prior to her alleged demotion, Mellett claims that her supervisor, Frank, engaged in sexually harassing behavior towards other female co-workers, including adjusting his genitals in front of female officers and requesting sexual favors.

Mellett first reported that Frank was adjusting himself in front of female officers to a Captain, Hearn. Hearn allegedly responded by laughing. Nonetheless, Mellett continued to report Frank’s conduct to Hearn over the course of several months. Eventually, Hearn told Frank that his behavior would not be tolerated, but no further action was taken at that time. After Hearn talked to Frank about his sexually inappropriate conduct, Mellett testified that Frank kicked in her door, screamed at her, and told Mellett to remove her belongings and that she could not keep an office while he was present.

In July 2017, Mellett filed a formal complaint with the Office of Professional Responsibility regarding Frank’s conduct. However, the PPD’s investigation focused not just on Frank’s conduct, but also on the conduct of Mellett. Despite Mellett informing Hearn of Frank’s conduct on multiple occasions and notifying the Office of Professional Responsibility, ultimately the PPD charged Mellett with “Neglect of Duty” for allegedly failing to report and investigate Frank’s misconduct. According to the PPD, because Mellett reported Frank’s sexual harassment in the context of “retaliation” against her, she did not report Frank’s sexual harassment of co-workers at all. Mellett claims that this charge and disciplinary hearing were retaliation for her reporting Frank’s sexual harassment. After eight months of waiting for a disciplinary hearing, Mellett was found not guilty of this charge.

Mellett, however, claims that this disciplinary hearing continued to impact her career and that the PPD continued to retaliate against her. In November 2018, Mellett became eligible for promotion to Lieutenant. Of the forty candidates who were eligible for promotion to Lieutenant at the same time as Mellett, only Mellett was found not to be “acceptable for promotion” despite what she alleges is her excellent record of service and qualifications. Not only did Mellett receive the promotion, but according to Mellett, she was demoted from an “administrative” Sergeant to another Sergeant role with less prestige and responsibilities.

The PPD filed a motion with the trial court seeking the dismissal of Mellett’s retaliation claim. In moving for dismissal, the PPD argued that Mellett’s retaliation claim failed as a matter of law because she was not subjected to the alleged retaliatory adverse employment actions of disciplinary action, denial of promotion, and demotion for almost one-year after she complained about sexual harassment. In other words, the PPD maintained there was no causal connection between her sexual harassment complaint and the alleged retaliatory adverse employment actions because of the almost one-year elapse of time between the events. The trial court denied the PPD’s motion for dismissal and ruled that Mellett was entitled to proceed to a jury trial on her retaliation claim.

In denying the PPD’s motion for dismissal, the trial court focused on the “pattern of antagonism” that Mellett endured after she complained about sexual harassment. The trial court observed that after Mellett complained to Hearn, Frank kicked in her office door, screamed at her, and informed her that she could not keep an office while he was present. The trial court also noted that after Mellett complained to the Office of Professional Responsibility, “the investigation was flipped on her.” According to the PPD, the trial court pointed out, “because Mellett reported Frank’s conduct in the context of a retaliation claim, she illogically did not report his conduct at all and, therefore, warranted disciplinary charges.” Because of the “pattern of antagonism,” the trial court concluded, “a jury could infer a causal connection between her sexual harassment complaints and the alleged retaliatory adverse employment actions of disciplinary action, denial of promotion, and demotion.

By James P. Tarquin, P.A | Posted on November 18, 2022
Skip footer and go back to main navigation