Is An Employee’s Failure To Report Sexual Harassment Excused By A Fear Of Retaliation? 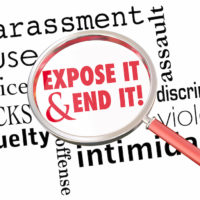 Under the Faragher-Elllerth affirmative defense, an employer can avoid liability for supervisor hostile work environment sexual harassment by establishing that: (a) it exercised reasonable care to prevent and promptly correct any sexually harassing behavior; and (b) the victim unreasonably failed to take advantage of any preventive or corrective opportunities provided by the employer or to avoid harm otherwise. The employer bears the burden of proving both elements of the Faragher-Ellerth affirmative defense.

However, courts have also explained that a fear of retaliation that is substantiated by evidence may excuse a victim’s failure to take advantage of the employer’s anti-harassment policy. In other words, if the victim has evidence that other employees were subjected to retaliation for complaining about sexual harassment, then the victim’s fear of retaliation is reasonable and the failure to report sexual harassment is justified. Under such circumstances, the victim has not unreasonably failed to take advantage of corrective opportunities and the employer cannot establish the second element of the Faragher-Ellerth affirmative defense.

Employee Remained Silent Due To Fear Of Retaliation

Minarsky claimed that she was subjected to sexual harassment by her supervisor, Yadlosky, for over three-and-a-half years. Minarsky alleged that Yadlosky’s sexual harassment included kissing her on the lips, hugging her, messaging her shoulders, touching her face, sending her explicit e-mails, calling her at home on her days off and asking personal questions, and monitoring her whereabouts. On two occasions during Minarsky’s employment, Yadlosky was verbally reprimanded for inappropriate behavior towards other women. However, no notation or report of the reprimands was placed in Yadlosky’s personnel file.

After almost four years of sexual harassment, Minarsky confided to a friend who was co-worker about Yadlosky’s harassment. When Minarsky’s friend mentioned to another employee about what was happening between Minarsky and Yadlosky, another employee overhead the conversation and reported it to the Chief County Clerk. The Chief County Clerk then interviewed Minarsky about her allegations. When Yadlosky admitted the allegations, he was placed on paid administrative leave and then terminated. Minarsky quit several years later.

A Jury Could Find Employee’s Silence Was Reasonable

At the outset of its opinion, the Third Circuit observed that courts have consistently held a generalized fear of retaliation that is unsupported by evidence does not excuse a victim’s failure to report sexual harassment in compliance with an employer’s anti-harassment policy. However, the Third Circuit concluded, when a victim’s “genuinely held, subjective belief of potential retaliation” prevented her from reporting the harassment, “and a jury could find that this belief is objectively reasonable,” it is for the jury to decide, and not a court as a matter of law, whether the employer has proven the second element of the Faragher-Ellerth affirmative defense.

In applying this principle to the facts, the Third Circuit held that because Minarsky “produced several pieces of evidence of her fear that sounding the alarm on her harasser would aggravate her work environment or result in her termination,” a jury could find her fear of retaliation was “objectively reasonable” and her long delay in reporting the harassment justified. In support of its holding, the Third Circuit pointed to a broad array of evidence produced by Minarsky: the County knew of Yadlosky inappropriate behavior and “merely slapped him on the wrist”; Yadlosky discouraged Minarsky from using the anti-harassment policy by telling her she could not trust the persons to whom she was required to report the harassment; Yadlosky became “nasty” when Minarsky attempted to assert herself in the workplace which “deepened her fear of defending herself or disclosing Yadlosky misconduct”; and the “aggravating effect of prolonged, agonizing harassment” could serve to explain Minarsky “fear of worsening her situation.”