Is Telling Hispanic Employees Not To Speak Spanish Evidence Of Discriminatory Intent? 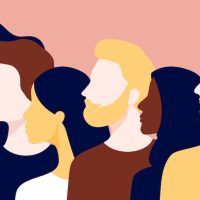 In E.E.O.C. v. Premier Operator Services, Inc., 113 F.Supp.2d (N.D. Tex. 2000), the court observed that “[s]peak English-only rules tend to impact people whose national origin is from non-English speaking countries more heavily than it affects others.” “While English-only rules may be seen as facially neutral,” the Premier Operator court  explained, “they disproportionately burden national origin minorities because they preclude many members of these groups from speaking the language in which they are best able to communicate, while rarely, if ever, having that effect on non-minority employees.”

In Bautista,  a man named Bautista brought a national origin discrimination claim against his former employer, Chanel, Inc. (Chanel), pursuant to Title VII of the Civil Rights Act of 1964 (Title VII). Title VII prohibits employers from discriminating against employees on the basis of national origin. The U.S. Supreme Court has defined the term “national origin” for Title VII purposes as the country where a person was born, or, more broadly, the country from which his or her ancestors came. Bautista claims that Chanel terminated him because of his national origin in violation of Title VII.

From May 2015 until January 17, 2019, Bautista was employed by Chanel at its Saks Fifth Avenue boutique. Bautista’s direct supervisor was a woman named Papaioannou. Bautista claims that Papaioannou discriminated against him because Bautista is from Ecuador and speaks English with a thick accent. For example, Bautista alleges that in September 2017, Papaioannou mocked his accent during a meeting with him. After giving him work-related instructions, Papaioannou allegedly ended the meeting by asking him, “Comprende?” Bautista testified that Papaioannou’s tone was “condescending . . . like a child, when you talk to a child.”

Worker Told Not To Speak Spanish

In February 2018, Bautista made a complaint of discrimination against Papaioannou. Bautista claimed that Papaioannou admonished only Spanish-speaking employees and not other employees who spoke French and Chinese. In January 2018, Chanel, based on allegations made by Papaioannou, terminated Bautista’s employment.