Is The Failure To Give Employees A Reason For Termination An Indication Of Discrimination? 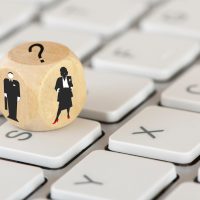 In that case, a woman named Goddard brought a wrongful termination case against her former employer, El Dorado County (EDC), pursuant to the Age Discrimination in Employment Act (ADEA). Under the ADEA, employers are forbidden from discriminating against employees on the basis of age. Goddard claims that EDC violated the ADEA by firing her because of her age.

In March 2017, Goddard was fired as Executive Secretary to the El Dorado County Chief Public Defender, Monterosso. Goddard was 57 years old at the time of hire. Goddard’s job duties included assistance with human resources functions, invoice processing, management of filing systems, and directing and overseeing the work of the clerical employees. Under EDC policy, Goddard was required to serve a one-year probationary period before she would acquire civil service, job-protected status. Under EDC policy, Goddard’s employment was at-will, meaning that she could be fired at any time for any reason that was not unlawful.

Reasons For Discharge Unworthy Of Credence

EDC filed a motion with the trial court seeking dismissal of Goddard’s wrongful termination claim. In seeking dismissal, EDC argued that the evidence established that Goddard was fired for legitimate, non-discriminatory reasons—she lacked sufficient job knowledge, made frequent errors, and had an argumentative attitude—not because of her age. The trial court denied EDC’s motion for dismissal and ruled that Goddard had presented sufficient evidence to proceed to a jury trial on her claim that EDC fired her because of her age in violation of the ADEA.

In denying EDC’s motion for dismissal, the trial court observed that when Goddard was initially fired, EDC proffered no reasons for her termination. Not until the lawsuit was filed, the trial court noted, did BDC proffer the explanation that Goddard was fired because of poor performance, lack of job knowledge, and having a bad attitude. These belated reasons, the trial court explained, were undermined by evidence that “Monterosso gave [Goddard] consistent and glowing praise during the first six months of her probation and gave [Goddard] a performance step pay increase in July 2017.” Based on this evidence, the trial court found, a “reasonable juror could conclude that [EDC’s] proffered explanation is unworthy of credence.” In further support of its ruling, the trial court pointed out that Goddard’s evidence included testimony that the Human Resources allegedly had a “discriminatory animus towards older workers” and may have “influenced Monterosso’s decision to fire [Goddard] on that basis.” Thus, Goddard had also produced evidence that her age was the real reason for her termination.

One of the most important decisions wrongful termination victims must make is which employment law attorneys to consult with regarding their rights. As part of our dedication to helping wrongful termination victims, an experienced employment law attorney will speak with you personally and you will receive the individualized attention your case deserves. We offer free confidential case evaluations for employees, and you will not have to pay to speak with our wrongful termination attorneys regarding your rights. We are available for consultation at your convenience, including scheduling telephone consultations for evenings and weekends.

Based in Ocala, Florida and representing workers throughout Florida, our wrongful termination attorneys in Citrus County, Florida have dedicated their practice to fighting for the rights of employees. If have been wrongfully terminated or have questions about your employee rights, please contact our office for a free consultation with our wrongful termination lawyers in Citrus County, Florida. Our employee rights law firm takes wrongful termination cases on a contingency fee basis. This means that there are no attorney’s fees incurred unless there is a recovery and our attorney’s fees come solely from the monetary award that you recover.