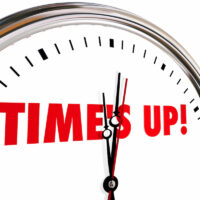 In that case, Robert Troise (Troise) brought a sex discrimination lawsuit against State University of New York at Cortland (SUNY) pursuant to Title VII. Troise claims that SUNY violated Title VII by refusing to hire him for the position of office assistant because of his gender.

In 2016, Troise applied for an office assistant position at SUNY. The position “had to do with dealing with the courts and police.” Troise alleges that he had experience interacting with both. Troise further alleges that he had four “excellent” references for the position. Troise asserts that he was interviewed by the Director of the Student Conduct Office at SUNY. Troise contends that SUNY ultimately hired a less qualified woman for the job. Troise maintains that he was the more qualified candidate for the position because the woman selected lacked experience interacting with the courts and police.

After he was not selected for the position, Troise filed a charge of discrimination with the New York State Division of Human Rights (NYSDHR) alleging that he was not hired because of his gender. During the NYSDHR’s investigation, according to Troise, a SUNY human resources administrator told the NYSDHR investigator that “they had a woman in that job” as a temporary employee and that they intended to “hire her” after she passed a civil service test. Toise further claims that the human resources administrator disclosed to the NYSDHR investigator that “they wanted a [woman] in that job.”

SUNY filed a motion with the trial court seeking dismissal of Troise’s sex discrimination claim. In doing so, SUNY claimed that Troise was not chosen for the office assistant position was because he “scored poorly during the reference checking process.” The trial court denied SUNY’s motion for dismissal and ruled that Troise had alleged sufficient facts to establish that he was not hired because of his gender.