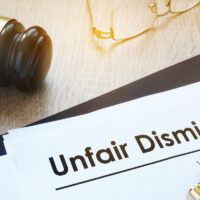 In that case, Mara Graciani (Graciani) brought a pregnancy discrimination lawsuit against her former employer, Patients Medical, P.C. (Patients Medical), pursuant to the Pregnancy Discrimination Act (PDA). Under the PDA, employers are forbidden from discriminating against women on the basis of pregnancy, childbirth, or related medical conditions. Graciani alleges that Patients Medical violated the PDA by terminating her employment because of her pregnancy.

During her employment with Patients Medical, Graciani first worked as a medical assistant, and later as an administrative assistant. Graciani first told her supervisor, a woman named Penta, that she was pregnant on January 25, 2013. That same day, Penta informed the owner of Patients Medical, Dr. Gulati, that Graciani was pregnant. Graciani claims that Dr. Gulati began to harass her the next day about her pregnancy.

Trying To Hire Others Shows Business Not Slow