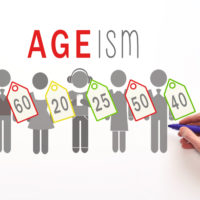 When an employer treats an older employee more severely than younger employees who engage in comparable behavior, courts have consistently held the differences in treatment are evidence that the employer’s stated reasons for the challenged employment decision are a pretext for age discrimination. The decision by the U.S. Ninth Circuit Court of Appeals in Earl v. Nielsen Media Research, 658 F.3d 1108 (9th Cir. 2011) is instructive in showing that an employer’s more favorable treatment of younger employees can be sufficient, standing alone, to prove that the challenged employment decision was based on the aggrieved employee’s age.

In Earl, Christine Earl (Earl) claimed that her former employer, Nielsen Media Research, Inc. (Nielsen), unlawfully terminated her employment on the basis of age. Earl worked for Nielsen as a recruiter. In this position, Nielsen was responsible for recruiting households in order to monitor their television viewing habits for Nielsen.

Nielsen terminated Earl’s employment after she made a mistake entering a customer’s address into a computer. Earl was fifty-nine years old when she was fired. Although Earl had never been subjected to a performance improvement plan, many recruiters in their 30’s and 40’s were not fired even though they had been placed on a performance improvement plan. As a result, Nielsen afforded younger employees with similar, if not worse, work histories more lenient treatment.

At the outset of its opinion, the Ninth Circuit explained that an employee claiming age discrimination may demonstrate that the employer’s proffered reason for the challenged employment decision was a pretext for age discrimination by showing that the employer treated younger employees “more favorably.” Applying this principle to the facts, the appellate court found that Earl presented evidence that Nielson “did not terminate—and in one instance may not have even disciplined—younger recruiters in their 30’s and 40’s when those recruiters violated similar Nielsen policies.” Nielsen’s more lenient treatment of younger recruiters, the appellate court concluded, was evidence that Earl’s age was the real reason for the decision to terminate her employment. Consequently, the Ninth Circuit ordered a jury trial on Earl’s age discrimination claim.