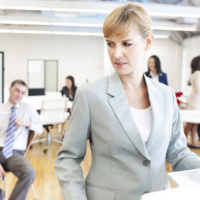 Denial of overtime can be a means of retaliation, especially when rejecting sexual advances.

In that case, Tamika Ray (Ray) brought a sexual harassment claim against her employer, International Paper Company (IPC), pursuant to Title VII of the Civil Rights Act of 1964 (Title VII).   IPC, which manufactures packaging boxes, hired Ray in 2012 to work as a bundler. In 2007, Ray was promoted to the position of operator. Ray alleged that her supervisor, a male employee named McDowell, began sexually harassing her in 2003. Ray claimed that McDowell sexually propositioned her, offered to pay her for sex, made sexual remarks, asked to see her genitals, and grabbed her thigh.

In 2013, Ray complained to two other supervisors about McDowell’s unwanted sexual behavior. Although the supervisors offered to “say something” about Ray’s complaint, she declined out of fear of retaliation. In early 2014, McDowell learned that Ray had complained about his conduct. McDowell confronted Ray and asked if she had reported him for sexual harassment. Ray denied making any complaints. McDowell told Ray that such a report could “get him in trouble.”