Why Are Sexual Harassment Victims Who Complain About Customer Harassment Subjected To Retaliation? 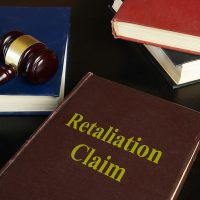 In Ivey, a woman named Ivey brought a retaliation claim against her former employer, Turbo Group Operations, Inc. (Turbo), pursuant to Title VII. Ivey claims that Turbo violated Title VII by firing her because she complained about sexual harassment from a client of Turbo.

Turbo owns and operates convenience stores. Ivey worked as a cashier at one of Turbo’s stores. On August 2, 2017, a male employee of Southern Beverage, Gray, arrived to restock the store’s beer cooler. Gray allegedly approached Ivey as she was taking inventory of the store’s cigarettes and noticed that her cell phone was unlocked and opened to the Buffalo Wild Wings website. Gray asked if he could look at the website and Ivey allowed him to look at her phone. Ivey asserts that while she continued to count cigarettes, she heard Gray’s phone alert as though it had received several messages in a row. Gray handed Ivey’s phone back to her, and when Ivey swiped down to its notification screen to see if anyone had sent her a message, she noticed that her phone had just shared a topless photograph of herself. Ivey believed that Gray had shared this picture while he was using her phone.

Ivey told Gray to leave the store and called her supervisor, Smith, to complain about what had happened. Smith said that she would come to the store, and Smith arrived about an hour later, along with another manager for Turbo, Merrill. Ivey asserts that as she was telling her supervisors what had occurred, they pressured her not to jeopardize the business relationship with Southern Beverage. Ivey claims that Merrill told her that she had a future with Turbo, and that if she made a “big deal about this, it would probably damper [her] career and future” with Turbo. Ivey claims that she told Merrill that she was “going to do something” about Gray and was “gonna let” Southern Beverage know that she was “going to have an attorney.”

On August 7, 2017, Merrill presented Ivey with a notice of disciplinary action for “personal conduct,” specifically for “talking and complaining to another cashier” about another employee’s poor work ethic. Ivey signed the bottom of the disciplinary write-up form, acknowledging that she had received it, but she asserts that this disciplinary notice involved events that happened several weeks prior to the date indicated on the notice. Ivey maintains that prior to complaining about Gray, she had no prior disciplinary action. One week later, on August 14, 2017, Smith contacted Ivey to inform her of her terminating, citing poor performance and violation of company policies.

Turbo filed a motion with the trial court seeking dismissal of Ivey’s retaliatory discharge claim. In support of its motion for dismissal, Turbo argued that the evidence established that Ivey was fired because of the misconduct identified in the five disciplinary notices and not because she complained about sexual harassment by Gray. The trial court denied Turbo’s motion for dismissal and ruled that Ivey had presented sufficient evidence that she was fired in retaliation for complaining about sexual harassment to proceed to a jury trial.

One of the most important decisions sexual harassment victims must make is which employment law attorneys to consult with regarding their employee rights. As part of our commitment to protecting and vindicating the rights of sexual harassment victims, an experienced employment law attorney will speak with you personally and you will receive the individualized attention your case deserves. We offer free confidential case evaluations for employees, and you will not have to pay to speak with our sexual harassment attorneys regarding your rights. We are available for consultation at your convenience, including scheduling telephone consultations for evenings and weekends.