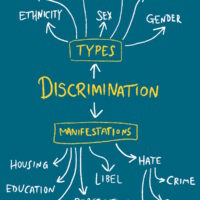 In January 2014, Burrow Global hired Raibon, who was born in 1953, for the position of I & E Design Coordinator. Although an employee of Burrow Global, Burrow Global assigned Raibon to work at a Chevron Phillips plant in Baytown, Texas.

In February 2017, Raibon was assigned a new supervisor, Orellana, who was substantially younger than Raibon. During one of the first meetings Raibon had with his new supervisor, Orellana asked Raibon if he was saving for retirement. After this meeting, Orellana made additional derogatory remarks to Raibon about retirement. For example, Orellana often stated to Raibon that Raibon was old enough to retire, and asked Raibon questions such as, “when are you going to retire?” and “what are you doing with your money now, just saving for retirement?” On another occasion, after Raibon called to the office to report that he would be late for work, Orellana told Raibon upon his arrival, “I thought you had retired.”

On August 17, 2017, Orellana sent another email to upper management employees stating that, “I’m planning on releasing Michael today.” In the weeks leading up to the email, Orellana had fired two other employees who were older than 45 from a work group that had approximately 15 workers. Later that day, Orellana called Raibon into his office and told Raibon that “Burrow Global no longer needs your services.” When Raibon asked why he was being fired, Orellana refused to give him an answer. After firing Raibon, Burrow Global replaced Raibon with an employee in his thirties.

The EEOC, which is an administrative agency of the federal government, is responsible for interpreting and enforcing the federal labor laws making discrimination, harassment, and retaliation unlawful employment practices. As part of its statutory mission of promoting equal opportunity in the workplace, the EEOC files lawsuits in federal court on behalf of employees victimized by unlawful discriminatory employment practices, including age discrimination. In a press release issued by the EEOC on March 29, 2021 regarding the case, a regional attorney for the EEOC’s Houston District Office, Rudy Sustaita, explained that the “ADEA protects workers age 40 and over from adverse actions taken on the basis of age.” The EEOC “will continue to bring lawsuits to enforce the law,” Mr. Sustaita added, “in instances where age was a cause of an adverse employment action.”