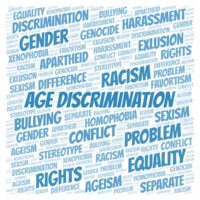 The EEOC has brought the age discrimination pursuant to the Age Discrimination in Employment Act (ADEA) on behalf of an employee of YNHH, Dr. Irwin Nash (Dr. Nash). Under the ADEA, employees are protected against discrimination on the basis of age with respect to the entire spectrum of the compensation, terms, conditions, or privileges of employment. This means that the ADEA’s prohibition against age discrimination applies to all employment decisions. The EEOC claims that YNHH violated the ADEA by requiring Dr. Nash and other individuals age 70 and older who apply for or seek to renew medical staff privileges at YNHH to submit to medical examinations. In this article, our Marion County, Florida age discrimination attorneys explain the EEOC’s allegations against YNHH.

Since March 2016, according to the EEOC, YNHH has imposed an additional term and condition on the granting of medical staff privileges for those age 70 and above through implementation of what YNHH calls its “Late Career Practitioner Policy.” The Late Career Practitioner Policy requires an individual age 70 or older who applies for or seeks to renew medical staff privileges at YNHH to take both an ophthalmologic and neuropsychological medical examination. Individuals who are younger than age 70 are not subjected to this requirement.

The EEOC claims that individuals age 70 or older are subjected to the Late Career Practitioner Policy “solely because of their age and without any particularized suspicion that their eyesight or neuropsychological ability may have declined.” The EEOC further claims that by applying the Late Career Practitioner Policy only to those individuals age 70 or older, YNHH has “subjected Dr. Nash, who passed the examinations, and other employees to the stigma of being singled out because of their age and to unlawful discrimination” in violation of the ADEA.

The EEOC is the administrative agency of the United States responsible for interpreting and enforcing federal laws prohibiting employment discrimination. In enforcing the federal civil rights laws, the EEOC is also authorized by federal law to bring lawsuits on behalf of employees who have been discriminated against because of their age. In a press release issued by the EEOC on February 11, 2020 regarding the case, a regional attorney for the EEOC’s New York District Office, Jeffrey Burstein, explained that “while Yale New Haven Hospital may claim that its policy is well-intentioned, it violates anti-discrimination laws.” “There are many other non-discriminatory methods already in place,” Mr. Burstein added, “to ensure the competence of all its physicians and other health care providers, regardless of age.”