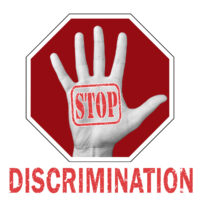 On April 14, 2020, the U.S. Equal Employment Opportunity Commission (EEOC) issued a press release announcing that it has filed an age discrimination lawsuit against United Precision Products, Inc., LLC (United Precision). On April 14, 2020, the EEOC filed the case, U.S. Equal Employment Opportunity Commission v. United Precision, Inc., LLC, Case No. 2:20-cv-10930, in the U.S. District Court for the Eastern District of Michigan after initially seeking to obtain a pre-litigation resolution of the case through its statutorily mandated conciliation process.

United Precision is a supplier of aerospace components based in Dearborn Heights, Michigan. In August 2017, Gray applied for an open machine operator position at United Precision’s factory in Dearborn Heights. Gray was sixty-four when he applied for the position. Gray was referred to United Precision by an employee leasing company, Advance Staffing. On August 17, 2017, the Plant Superintendent of the Dearborn Heights facility interviewed Gray for the position. According to the EEOC, Gray possessed the requisite qualifications for the position. During the interview, the Plant Superintendent asked for and received Gray’s age and date of graduation from high school. After learning Gray’s age, the Plant Superintendent commented that Gray looked good for his age.

The EEOC is the administrative agency of the United States responsible for interpreting and enforcing federal laws prohibiting employment discrimination. In enforcing the federal anti-discrimination laws, the EEOC is also permitted by federal law to file lawsuits on behalf of job applicants and employees who have been discriminated against on the basis of age. In the press release issued by the EEOC on April 14, 2020 regarding the case, a trial attorney for the EEOC’s Detroit Field Office, Dale Price, explained that “refusing to hire an applicant because of age is a textbook violation of the ADEA.” In further commenting on the case, Mr. Price stated that the EEOC “is pursuing this matter because federal law provides specific protections to members of our workforce who are 40 or older.”