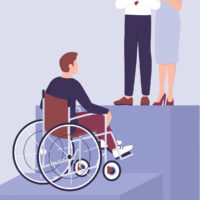 On February 1, 2021, the U.S. Equal Employment Opportunity Commission (EEOC) issued a press release announcing that it has entered into a Consent Decree to settle a disability discrimination lawsuit against Pirtek USA, LLC (Pirtek). On September 26, 2019, the EEOC filed the disability discrimination lawsuit, U.S. Equal Employment Opportunity Commission v. Pirtek USA, LLC, Case No. 6:19-cv-01853, in the U.S. District Court for the Middle District of Florida. Before bringing the employment discrimination lawsuit in federal court, the EEOC first attempted to correct the alleged discriminatory employment practices through its statutorily mandated conciliation process. Unable to resolve the case through conciliation efforts, the EEOC elected to remedy the alleged discriminatory employment practices through litigation in federal court.

In the Consent Decree, which was entered by U.S. District Court Judge Gregory J. Kelly on January 29, 2021, Pirtek agreed to pay $85,000 to resolve the disability discrimination lawsuit. In this article, our Sumter County, Florida wrongful termination lawyers explain the EEOC’s allegations of unlawful discriminatory employment practices against Pirtek.

The EEOC alleges that Pirtek regarded Rossiello as disabled and subjected him to discrimination based on disability by terminating his employment.

On December 26, 2015, Rossiello became seriously ill and was taken to the emergency room. Rossiello was admitted to the hospital where he was diagnosed with pancreatitis, acute respiratory distress syndrome, and pneumonia. Rossiello was on a respirator and in an induced coma for approximately seventeen days. Rossiello remained hospitalized until February 3, 2016. During Rossiello’s hospitalization, Pirtek was periodically updated regarding Rossiello’s condition.

Worker Told He Was A “Liability”

Instead of allowing Rossiello to return to work upon expiration of his short-term disability leave, O’Hara fired Rossiello on March 4, 2016. When advising him of the termination, O’Hara told Rossiello that Pirtek did not believe that Rossiello could do the job that he had been hired to do. Rossiello told O’Hara that he could do his job and tried to provide O’Hara with his doctor’s letter clearing him to return to work without restrictions. O’Hara, the EEOC contends, rejected the letter. Rossiello further offered that, even if O’Hara did not believe he could do the job, he could be assigned to other tasks. O’Hara allegedly rejected Rossiello’s proposal and stated that Pirtek was afraid that Rossiello would get injured on the job and receive workers’ compensation. O’Hara further stated, according to the EEOC, that Rossiello was a “liability.”

The EEOC, which is an administrative agency of the federal government, is responsible for interpreting and enforcing the federal anti-discrimination laws, including the ADA. In seeking to eliminate discrimination from the American workplace and vindicate employee rights, the EEOC brings federal court lawsuits on behalf of employment discrimination victims, including disability discrimination victims. In a press release issued by the EEOC on February 1, 2021 regarding the case, a regional attorney for the EEOC’s Miami District Office, Robert Weisberg, stated that “too often employers rely upon unfounded assumptions about an employee’s ability to do the job, rather than the results of a medical examination.” In commenting on the case, the Acting Director of the EEOC’s Miami District Office, Bradley Anderson, explained that “firing individuals because of a perceived disability is a long-standing violation of federal law.” “This resolution,” Mr. Anderson added, “brings the EEOC closer to achieving its statutory mission of eliminating disability discrimination from the American workplace.”