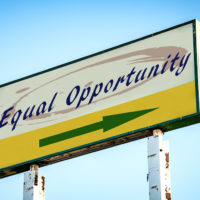 In January 2010, Lescault began working for Citizens as a customer service specialist at Citizens’ call center in Rhode Island. In June 2015, Citizens promoted Lescault to a supervisor position in the call center. In this position, Lescault was required to field escalated telephone calls from Citizens’ customers. Lescault developed anxiety, a condition that caused him chest pains. The EEOC claims that Lescault’s anxiety constitutes a disability within the meaning of the ADA because it substantially limits him in the major life activities of concentrating, communicating, and interacting with others.

In March 2018, Lescault’s health care provider submitted paperwork to Citizens confirming that Lescault suffered from anxiety, explaining that answering customer phone calls exacerbated Lescault’s anxiety, requesting that Lescault be reassigned to another position without that duty, and indicating that Lescault should not return to work until such an accommodation was put in place. In April 2016, Lescault once again asked Citizens to reassign him to another positon that did not require him to regularly field customer phone calls.

On April 20, 2018, Citizens sent Lescault a letter informing him that it was “unable to reasonably accommodate” his requested accommodation. Citizens indicated that it would not continue to discuss possible accommodations with Lescault unless and until he was released to work in his position as a call center supervisor. The EEOC alleges that because Lescault was unable to return to his position in the call center due to his disability, and having received no proposals from Citizens for accommodations that would enable him to continue working for the company, Lescault was forced to resign on April 23, 2018. Thus, the EEOC claims that Lescault was constructively discharged in violation of the ADA because Citizens’ failure to accommodate Lescault’s disability compelled him to resign his employment.

The EEOC is the administrative agency of the United States responsible for interpreting and enforcing federal laws prohibiting employment discrimination. In enforcing the federal civil rights laws, the EEOC is also authorized by federal law to bring lawsuits on behalf of victims of employment discrimination, including disability discrimination. In a press release issued by the EEOC regarding the case, a Regional Attorney for the EEOC’s New York District Office, Jeffrey Burstein, stated that the “ADA recognizes that sometimes the most reasonable accommodation an employer can provide is reassignment to a vacant position.” “Despite its obligation under the law,” Mr. Burstein added, “Citizens refused to consider reassignment.”