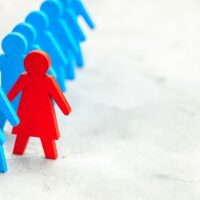 On October 13, 2020, the U.S. Equal Employment Opportunity Commission (EEOC) issued a press release announcing that it has filed a sex discrimination lawsuit against USF Holland, LLC (USF). On October 13, 2020, the EEOC filed the case, U.S. Equal Employment Opportunity Commission v. USF Holland, LLC, Case No. 3:20-cv-00270, in the U.S. District Court for the Northern District of Mississippi after first trying to settle the case through its statutorily required conciliation process. Unable to resolve the case through conciliation efforts, the EEOC now seeks to correct the alleged unlawful employment practices through litigation.

The EEOC has filed the sex discrimination lawsuit pursuant to Title VII of the Civil Rights Act of 1964 (Title VII) on behalf of an individual who applied for employment with USF, Merilyn Hervery (Hervery). Under Title VII, it is unlawful employment practice for employers to discriminate against job applicants and employees on the basis of sex. The EEOC contends that USF violated Title VII by failing to hire Hervery and a class of other female job applicants because of their sex for truck driver positions at its facility in Olive Branch, Mississippi from its opening around 1986 to the present. In this article, our Ocala, Florida discrimination victims’ lawyers explain the EEOC’s allegations against USF.

The EEOC further alleges that since opening its facility in Olive Branch, Mississippi in around 1986, USF has failed to hire any female applicants who applied for a truck driving position. During the EEOC’s investigation into Hervery’s charge of discrimination alleging that she was not hired for the truck driver position because of her sex in violation of Title VII, USF did not produce any records to indicate that the company had employed any females as truck drivers at its Olive Branch facility since at least 2005. As of May 2016, USF employed over one-hundred drivers at its Olive Branch facility. All of those drivers employed in May 2016, the EEOC alleges, were male.

The EEOC is the administrative agency of the United States responsible for interpreting and enforcing federal employment laws making sex discrimination an unlawful employment practice. As part of its efforts to eradicate discriminatory employment practices from the American workplace, the EEOC brings lawsuits on behalf of job applicants and employees who have been subjected to unlawful employment discrimination in violation of the federal employment laws. In a press release issued by the EEOC on October 13, 2020 regarding the case, the Director of the EEOC’s Memphis District Office, Delner Franklin-Thomas, explained that “it is important for employers to understand that assumptions about gender roles have no place in employment decisions.” In further commenting on the case, Mr. Franklin-Thomas stated that “denying women equal opportunities in the workplace because of gender is illegal.”