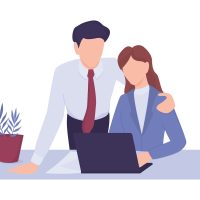 Case No. 2:21-cv-00346, in the U.S. District Court for the Eastern District of Washington after initially attempting to resolve the alleged unlawful employment practices through its statutorily mandated conciliation process. Unable to reach an acceptable conciliation agreement, the EEOC moved forward with seeking to address the alleged unlawful employment practices through litigation.

The EEOC has filed the sexual harassment lawsuit pursuant to Title VII of the Civil Rights Act of 1964 (Title VII) on behalf of two former employees of Air Control, a woman named Harrison and a woman named Elliot. In Meritor Savings Bank v. Vinson,  477 U.S. 57 (1986), the U.S. Supreme Court ruled that employers can be held liable for the acts of sexual harassment by their employees that create a hostile working environment. To violate Title VII, sexual harassment must be sufficiently severe or pervasive to alter the conditions of the victim’s employment and create a hostile work environment.

The EEOC claims that Control violated Title VII by allowing its owner to subject female employees to unwanted sexually harassing behavior for more than ten years.

Harrison worked for Air Control from December 2009 to September 2018. Elliot worked for Air Control from January 2018 to September 2019. The EEOC claims that the owner of Air Control subjected Harrison, Elliot, and other female employees to egregious sexually harassing behavior. The EEOC claims that the owner’s sexually harassing behavior began in January 2010 and continued until approximately September 2021. The owner’s alleged sexually harassing behavior towards female employees included sexual comments, sexually explicit sexual innuendos, and sexual jokes on a near daily basis. The EEOC further alleges that the owner subjected female employees to comments about their bodies, slapping their buttocks, asking them to expose their breasts, leering at their breasts, instructing them to wear more revealing clothing, and offering them tickets to a strip club.

The EEOC claims that the owner responded to complaints of sexual harassment from female employees by stating “this is why women don’t belong in this business,” women “needed to learn how to work with men,” and male co-workers would be “nicer” if they showed off their breasts. In December 2018, according to the EEOC, an HR consultant hired by Air Control compared the company’s workplace culture to a “sewer” and criticized tolerating the owner’s behavior. The consultant recommended that Air Control provide training to its employees on sexual harassment. Despite the HR consultant’s recommendation, the EEOC maintains, Air Control did not provide sexual harassment training to its owners, managers, supervisors, or employees as of September 2021.

Because of its failure to take prompt and effective remedial action in response to the sexual harassment complaints by Elliot, Harrison, and other women against the owner, the EEOC contends that Air Control violated VII by creating and maintaining a sexually hostile work environment.

The EEOC is the administrative agency of the United States charged with administering, interpreting, and enforcing federal employment discrimination law. In order to secure Title VII’s guarantee to a workplace free from sexual harassment, the EEOC brings lawsuits in federal court on behalf of sexual harassment victims.

In a press release issued on December 14, 2021 regarding the case, the Director of the EEOC’s Seattle Field Office, Elizabeth Cannon, observed that the “law makes clear that every worker has a right to a workplace free from sexual harassment.” “For that reason,” Ms. Cannon explained, “once an employee makes a complaint of sexual harassment, employers are required to investigate and take effective measures to stop and prevent future harassment.” In commenting on the case, a senior EEOC trial attorney, May Che, stated that “women working in non-traditional trades and historically male-dominated industries are often the focus of workplace sexual harassment.” “The EEOC has made a priority,” Ms. Che explained, “of defending the civil rights of vulnerable workers and will seek the full extent of legal relief for any and all victims of sexual harassment.”