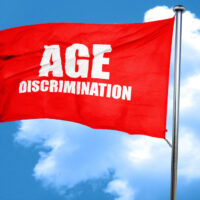 In a press release issued on September 30, 2019, the U.S. Equal Employment Opportunity Commission (EEOC) announced that it has filed an age discrimination lawsuit against Davis Automotive Group, Inc., d/b/a BMW Cleveland (BMW Cleveland) pursuant to the Age Discrimination in Employment Act (ADEA). The ADEA protects employees from discrimination on the basis of age. The EEOC’s allegations of unlawful age discrimination illuminate the type of systemic age-based discrimination older workers experience because, as observed by the U.S. Seventh Circuit Court of Appeals in Graefenhain v. Pabst Brewing Co., 827 F.2d 13 (7th Cir. 1987), “many employers or younger business executives act as if they believe there are good business reasons for discriminating against older employees.”

BMW Cleveland is an automotive dealership. Wesley began working for BMW Cleveland in November 2011. Wieder’s employment with BMW Cleveland began in August 2012. Wesley and Wieder were employed as salespersons. Their duties included selling and leasing new BMW automobiles. The EEOC claims that after hiring a new General Manager and Sales Manager in 2016, the dealership “sought to create a more youthful work environment, discouraging the employment of older individuals and hired less qualified individuals in their twenties and thirties.” As part of the desire to “create a more youthful work environment,” the EEOC alleges that Wesley and Wieder were continuously subjected to derogatory age-related remarks, including that they had been around since Ford created the automobile, that they were too old to relate to millennial customers, that they were too set in their ways, and that they were too old to do their jobs.

The EEOC is the administrative agency of the United States responsible for interpreting and enforcing federal laws prohibiting employment discrimination. In enforcing the federal anti-discrimination laws, the EEOC is also authorized by federal law to bring lawsuits on behalf of employees who are unlawfully fired because of their age. In a press release issued by the EEOC regarding the case, a Regional Attorney for the EEOC’s Philadelphia District Office, Debra Lawrence, stated that “[f]ailing to employ and discharging qualified people because of their age is not only unfair, it is against the law.” Ms. Lawrence added that the EEOC “will continue to combat these abhorrent employment practices that violate federal law as well as common justice.”