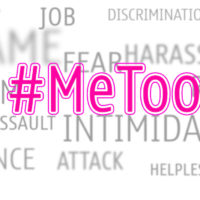 The U.S. Equal Employment Opportunity Commission (EEOC) recently announced that it has filed a sexual harassment and retaliation lawsuit against Chili’s Bar & Grill (Chili’s) pursuant to Title VII of the Civil Rights Act of 1964 (Title VII). Despite heightened awareness of the need to protect employees from sexual harassment, our Marion County, Florida sexual harassment lawyers have learned that employers continue to punish employees who complain about sexual harassment. Under Title VII, employees are protected from retaliation when they complain about perceived sexually harassing behavior in the workplace. As explained by the U.S. Supreme Court in Crawford v. Metropolitan Gov. of Nashville & Davidson County, 555 U.S. 217 (2009), “fear of retaliation is the leading reason why people stay silent instead of voicing their concerns about bias and discrimination.”

On April 2, 2019, the EEOC filed the lawsuit, U.S. Equal Employment Opportunity Commission v. Brinker Restaurant Corporation, d/b/a Chili’s Grill & Bar, Case No. 4:19-cv-1707, in the U.S. District Court for the District of Colorado after initially attempting to reach a pre-litigation settlement through its statutorily mandated conciliation process. The EEOC has brought the sexual harassment and retaliation lawsuit on behalf of a former employee of Chili’s, Christina Mentzer (Mentzer). In this article, our Marion County, Florida retaliation lawyers explain the EEOC’s allegations against Chili’s.

In September 2015, Mentzer was hired as a server at Chili’s restaurant in Canon City, Colorado. The EEOC claims that Mentzer was sexually harassed by the Assistant Manager and Managing Partner at the Chili’s restaurant where she worked. The EEOC further claims that Mentzer’s hours were reduced in retaliation for rejecting the sexual advances of the managerial employees and for complaining about the sexually harassing behavior. The EEOC contends that because of the on-going sexual harassment, along with the retaliatory reduction in hours, Mentzer was constructively discharged in violation of Title VII.

The EEOC alleges that the Assistant Manager’s sexually harassing behavior towards Mentzer included sexual comments, sexual innuendos, sexual advances, remarks about female body parts, and comments about his sexual performance. The EEOC alleges that the Managing Partner’s sexually harassing behavior towards Mentzer included sexual propositions, remarks about the color of her underwear, comments about her physical appearance, sexual touching, referring to her as his “wife” or his “second wife,” and throwing ice cubs down the front of her shirt and trying to look down her shirt when she attempted to retrieve the ice cubes.

Mentzer rejected the sexual advances of the Assistant Manager and Managing Partner. Mentzer also complained to the Manager about the Assistant Manager’s inappropriate sexual behavior. According to the EEOC, Chili’s management did nothing to stop the sexual harassment that Mentzer reported. After she rejected the sexual advances and complained to the Manager, Mentzer’s hours were cut. Realizing that Chili’s would do nothing to protect her from managers who were sexually harassing and retaliating against her, Mentzer believed that her working conditions were intolerable and hopeless. As a result, Mentzer was compelled to resign her employment on December 30, 2016.

The EEOC is the administrative agency of the United States responsible for interpreting and enforcing federal laws prohibiting employment discrimination and retaliation. The EEOC is also authorized by federal law to bring lawsuits on behalf of victims of employment discrimination and retaliation. In a press release issued by the EEOC regarding the case, the Regional Attorney for the EEOC’s Phoenix District Office, Mary Jo O’Neill, explained that the “EEOC saw a 12 percent rise in the number of sexual harassment charges filed in fiscal year 2018.” “Preventing sexual harassment remains a priority for the EEOC,” Ms. O’Neill added, “and the agency will continue to enforce the law when employers allow sexual harassment in the workplace.”

Based in Ocala, Florida and representing employees throughout Central Florida, we have represented employment discrimination and retaliation victims in hundreds of cases before the EEOC. If you have been retaliated against for complaining about sexual harassment or have questions abut filing a retaliation complaint against an employer with the EEOC, please contact our office for a free consultation with our Marion County, Florida retaliation attorneys. Our employment and labor law attorneys take retaliation cases on a contingency fee basis. This means that there are no attorney’s fees incurred unless there is a recovery and our attorney’s fees come solely from the monetary award that you recover.