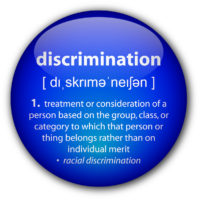 The U.S. Equal Employment Opportunity Commission (EEOC) recently announced that it has filed an age discrimination lawsuit against DG Grill & Chill (DG Grill) pursuant to the Age Discrimination in Employment Act (ADEA). The ADEA prohibits employers from discriminating against individuals who are age 40 or older on the basis of age, including failing to hire an individual age 40 or older on the basis of age. The EEOC has filed the age discrimination lawsuit on behalf of Theresa Chandler (Chandler) and Dianne Long (Long). The EEOC claims that DG Grill failed to hire Chandler and Long because of their age in violation of the ADEA.

On September 28, 2018, the EEOC filed the lawsuit, EEOC v. Tennessee Restaurant Group, LLC, d/b/a DG Grill & Chill, Case No. 3:18-cv-975, in the U.S. District Court for the Middle District of Tennessee after initially attempting to reach a pre-litigation settlement through its statutorily mandated conciliation process. In this article, our Marion County, Florida age discrimination lawyers explain the EEOC’s allegations against DG Grill.

In March 2017, Chandler applied for a crew position at DG Grill’s restaurant in Bellevue, Tennessee. Chandler was 59 years old when she applied for employment with DG Grill. Chandler’s application indicated that she was interested in a full-time position and was available to work forty hours per week. In March 2017, Chandler was interviewed by the General Manager of DG Grill’s Bellevue restaurant. The General Manager told Chandler that she thought Chandler would be a good fit for a service position. Nonetheless, DG Grill did not hire Chandler.

In March 2017, DG Grill’s Bellevue restaurant hired five individuals who are substantially younger than Chandler. Each person hired was under the age of 40 and at least 25 years younger than Chandler. DG Grill claimed that it did not hire Chandler because each person hired “had restaurant experience, [and was] flexible to work day, night, and the weekends.” According to the EEOC, however, at least four of the individuals hired were not available to work day, night, and the weekends.

In March 2017, Long applied to work at DG Grill’s restaurant in Portland, Tennessee. Long was 57 years old when she applied for employment with DG Grill. Long has worked in the fast food industry since she was 14 years old and has experience as a cook and a server. Despite her extensive relevant experience, Long did not receive an interview or call back. In further support of its claim that DG Grill refused to hire Chandler and Long because of their age, the EEOC alleges that DG Grill had stated that “if the person was old with arthritis they would not be hired.”

The EEOC is the administrative agency of the United States responsible for interpreting and enforcing federal laws prohibiting employment discrimination, including age discrimination. In enforcing the federal anti-discrimination laws, the EEOC is also authorized by federal law to bring lawsuits on behalf of victims of employment discrimination. In a press release regarding the case, the district director for the EEOC’s Memphis District Office, Delnar Franklin-Thomas, stated that “[a]ge stereotyping has no place in hiring decisions; it is illegal, demoralizing, and deprives the workplace of invaluable knowledge, experience, and creativity.”