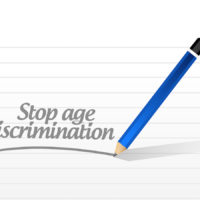 The U.S. Equal Employment Opportunity Commission (EEOC) recently announced that it has filed an age discrimination lawsuit against Llanerch County Club, LLC (Llanerch) pursuant to the Age Discrimination in Employment Act (ADEA). Under the ADEA, it is unlawful for employers to discriminate against employees on the basis of their age. In order to be protected against age discrimination, employees must be at least 40 years of age.

On September 27, 2018, the EEOC filed the lawsuit, U.S. Equal Employment Opportunity Commission v. Llanerch Country Club, LLC, Case No. 2:18-cv-4167, in the U.S. District Court for the Eastern District of Pennsylvania after initially attempting to reach a pre-litigation settlement through its statutorily mandated conciliation process. The EEOC has brought the lawsuit on behalf of a former employee of Llanerch, Thomas Foley (Foley). The EEOC claims that Llanerch laid Foley off and then refused to re-hire him because of his age in violation of the ADEA. In this article, our Marion County, Florida age discrimination lawyers explain the EEOC’s allegations against Llanerch.

Llanerch is a private members golf club located in Havertown, Pennsylvania. In March 2004, Foley was hired by Llanerch as a full-time groundskeeper. When he was hired, Foley was 46 years old and worked full-time 12 months a year. During his employment, Foley was never written up for any performance deficiencies and received pay raises based on merit. Beginning in 2013, when Foley was 55 years old, Llanerch began subjecting Foley to seasonal layoffs wherein he would be temporarily laid off for the winter months and reinstated to his groundskeeper position each spring. Although Foley was subjected to seasonal layoffs, Llanerch continued to employ younger full-time groundskeepers throughout the winter months.

In late December 2016, Foley was temporarily laid off for the winter season as he had been in prior years. When he was laid off, Llanerch indicated to Foley that he would be reinstated to his groundskeeper position in the spring of 2017. Approximately one month after Foley was laid off in December 2016, Llanerch posted a job announcement for the groundskeeper position stating that it had nine openings. This job announcement was advertised as a full-time “seasonal” position.

“Looking To Take The Staff In A Younger Direction”

In January and February 2017, Llanerch scheduled interviews with candidates for the position. At no point, according to the EEOC, did Llanerch contact Foley to disclose this job announcement or to solicit his return to work. In late February 2017, Llanerch’s Chief Executive Officer of External Operations informed Foley that Llanerch was not going to reinstate him to his groundskeeper position in the spring of 2017 because Llanerch was “looking to take the staff in a younger direction.”

In March 2017, Llanerch hired nine groundskeepers who were substantially younger than Foley. Many of the newly hired groundskeepers, according to the EEOC, were at least 20 to 30 years younger than Foley. When Llanerch refused to re-hire him, Foley was 59 years old and the oldest member of Llanerch’s Grounds Maintenance Department. After Llanerch refused to re-hire Foley, Llanerch continued to employ other younger full-time groundskeepers who, like Foley, had been employed in the Grounds Maintenance Department.

The EEOC is the administrative agency of the United States responsible for interpreting and enforcing federal laws prohibiting employment discrimination. In enforcing the federal anti-discrimination laws, the EEOC is also authorized by federal law to bring lawsuits on behalf of victims of employment discrimination. In a press release regarding the case, the Regional Attorney for the EEOC’s Philadelphia District Office, Debra Lawrence, stated that “[o]lder workers are often forced out of their jobs because of age-based stereotypes, particularly in physically demanding fields such as landscaping where there tends to be a discriminatory preference for younger workers.” “No worker should lose employment opportunities,” Ms. Lawrence added, “because of such pervasive stereotypes and discrimination.”

Based in Ocala, Florida and representing employees throughout Central Florida, we have represented employment discrimination victims in hundreds of cases before the EEOC. If you have been the victim of a discriminatory preference for a younger employee or have questions about your rights under the federal law prohibiting age discrimination, please contact our office for a free consultation with our Marion County, Florida age discrimination attorneys. Our employment and labor law attorneys take employment discrimination cases on a contingency fee basis. This means that there are no attorney’s fees incurred unless there is a recovery and our attorney’s fees come solely from the monetary award that you recover.