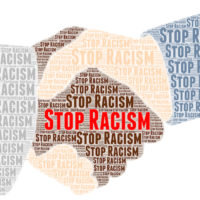 On September 26, 2018, the EEOC filed the lawsuit, EEOC v. DSW Shoe Warehouse, Inc., Case No. 2:18-cv-1122, in the U.S. District Court for the Southern District of Ohio after initially attempting to reach a pre-litigation settlement through its statutorily mandated conciliation process. The EEOC claims that DSW Shoe discriminated against the Charging Party, who is African-American, on the basis of race in violation of Title VII. In this article, our Marion County, Florida race discrimination lawyers explain the EEOC’s allegations against DSW Shoe.

The EEOC is the administrative agency of the United States responsible for interpreting and enforcing federal laws prohibiting employment discrimination, including racial discrimination. The EEOC is also authorized by federal law to bring lawsuits on behalf of victims of employment discrimination. In a press release regarding the case, the regional attorney for the EEOC’s Philadelphia District Office, Debra Lawrence, stated that “[s]ubjecting an employee to disparate discipline, unequal terms and conditions of employment, and termination because of the employee’s race are abhorrent employment practices that violate Title VII.” Ms. Lawrence added that the EEOC “will continue to work to combat such practices.”