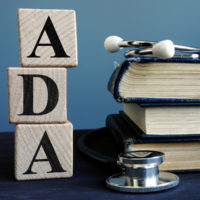 The U.S. Equal Employment Opportunity Commission (EEOC) recently announced that it has filed a retaliation lawsuit against Erickson Living Management, LLC (Erickson) pursuant to the anti-retaliation provisions of the Americans with Disabilities Act (ADA). Under the ADA, an employee is protected from retaliation when he or she complains about perceived disability discrimination in the workplace, even if the perceived disability discrimination is against another employee.

On February 25, 2019, the EEOC filed the lawsuit, EEOC v. Erickson Living Management, LLC, Case No. 1:19-cv-585, in the U.S. District Court for the District of Maryland after initially attempting to reach a pre-litigation settlement through its statutorily mandated conciliation process. The EEOC’s retaliation lawsuit is brought on behalf of a former employee of Erickson, Felecia West (West). In this article, our Marion County, Florida retaliation lawyers explain the EEOC’s allegations against Erickson.

Based in Ocala, Florida and representing employees throughout Central Florida, we have represented employment discrimination and retaliation victims in hundreds of cases before the EEOC. If you have been a victim of retaliation or have questions about your protection from retaliation under the anti-retaliation provisions of the federal employment discrimination laws, please contact our office for a free consultation with our Marion County, Florida retaliation attorneys. Our employment and labor law attorneys take retaliation cases on a contingency fee basis. This means that there are no attorney’s fees incurred unless there is a recovery and our attorney’s fees come solely from the monetary award that you recover.